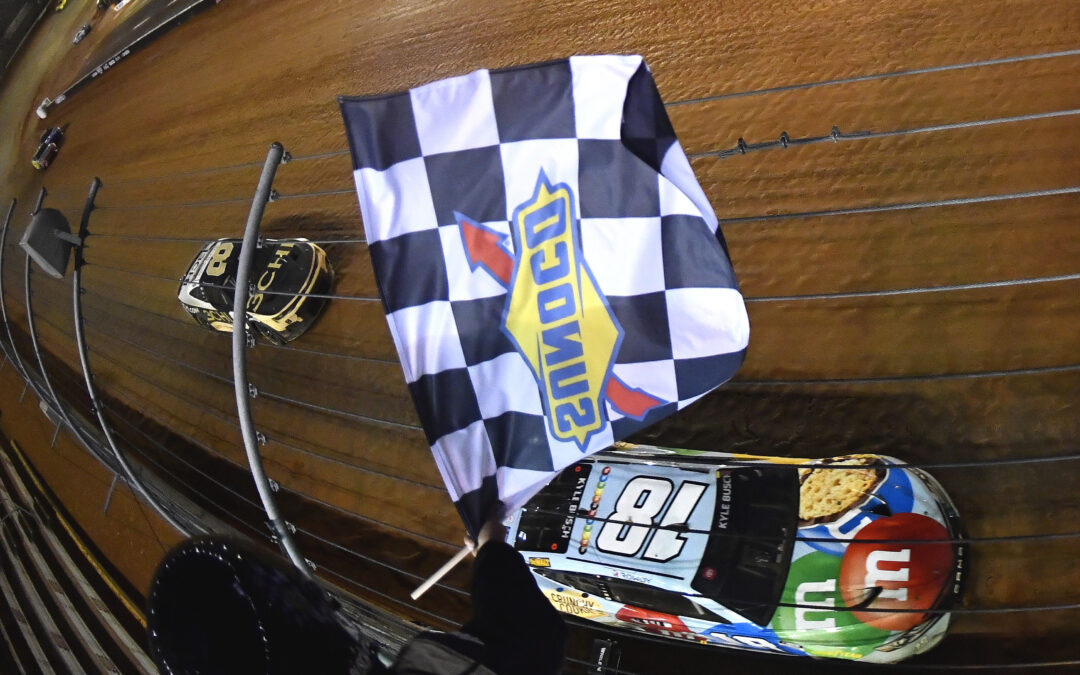 Busch took victory after the Ford of Chase Briscoe slid into the Chevrolet of Tyler Reddick on the final lap of the race to give Busch his 60th career victory and his first win since taking victory in the Explore The Pocono Mountains 400 last season.

“Yeah, we got one. “Doesn’t matter how you get ‘em. It’s all about getting ‘em. Can’t say enough. I mean, man, I feel like Dale Earnhardt Sr. right now (as the crowd booed his unexpected victory). This is awesome. I didn’t do anything.”

I don’t know why, we couldn’t fire off after it rained, both times,” Busch said. “It just would not fire. Took it about 20 laps to get going.

“Overall, just really pumped to be back. Real pumped to get a win. This one means a lot. I can win on any surface here at Bristol. Bring it on, baby.”

Speaking about the accident that handed Busch the win, Chase Briscoe said:

“I was running Tyler down and tried throwing a slider and didn’t expect him to drive in there on me, and I got loose. “I was spinning either way. I feel terrible. I didn’t want to wreck him. That was my fault 100 percent. I hate it for Tyler. He’s a good friend of mine.”

Tyler Reddick commented on the incident with Briscoe saying:

I don’t think I did everything right, to be honest with you. “Briscoe was able to run me back down there. Just looking at it, I should have done a little bit better job of just… I don’t know. I shouldn’t have let him get that close. He ran me back down. Worked really hard to do that.

“I mean, you’re racing on dirt, going for the move on the final corner. It’s everything that, as a driver, you hope to battle for in his situation. Made it really exciting for the fans, so… It does suck, but we were able to finish second still. I’m being honest. I should have done a better job and pulled away so he wasn’t in range to try to make that move. That’s how I look at it. 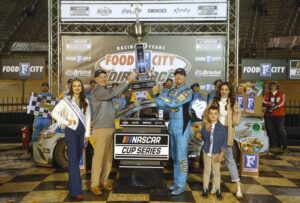