772 On Track Passes At Iowa On Saturday 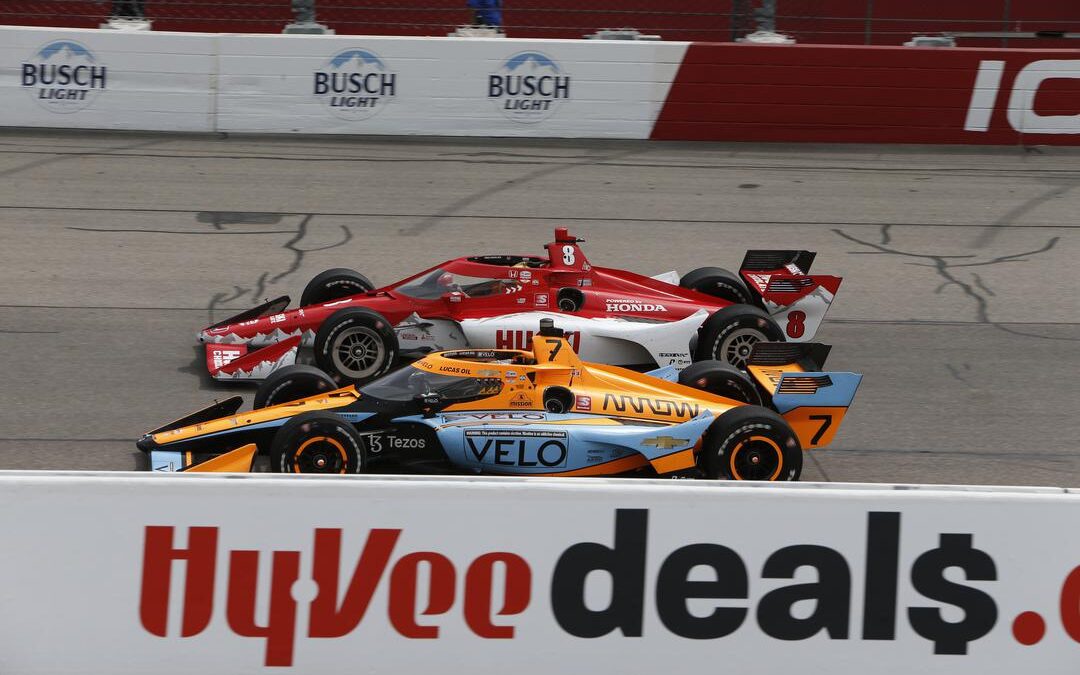 The Hy-Veedeals.com 250 presented by DoorDash on Saturday at Iowa Speedway on Saturday had an incredible 772 on track passes over the course of course of the 250 lap race.

372 of the passes were for position. Speaking following the action, Josef Newgarden who took his fourth Iowa victory and his fourth racexwin of the 2022 season he commented saying:

I’m glad I wore this cool shirt. “It was actually pretty nice and easy in there, to be honest with you. The car was good. I was surprised at how hard these guys were pushing on the restarts. This is a long-game day.

“I was disappointed after qualifying. I just hate losing, and I felt like we had enough to get the job done, and we didn’t. It motivated me. I knew we had a car here today to win this race in front of this great crowd. It’s one of my favorite tracks.”

Newgarden went on to say:

I feel good. “We’ve been in the game. It’s just not where we want to be in the game. We’re in the fight; we’re relatively there. We just got to figure out how to have more consistency. It’s either winning or going sideways on our weekends.

The Tennessee-native will once again start today’s race, the Hy-VeeSaluteToFarmers300 presented by Google from second place alongside his team-mate and pole-sitter Will Power.