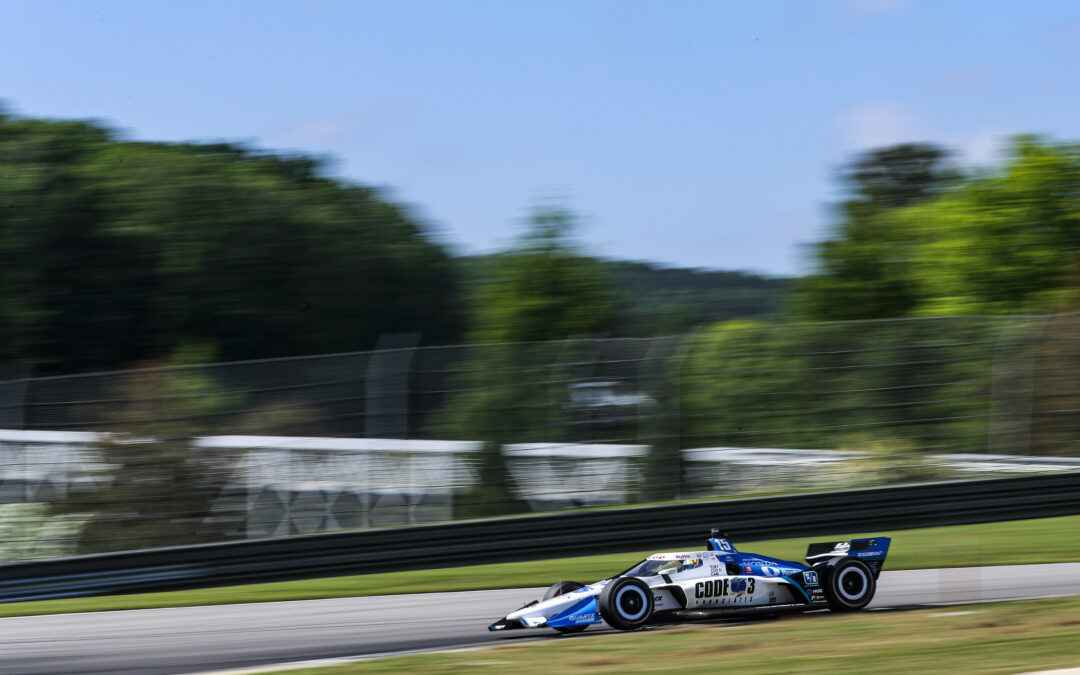 We made good gains from yesterday to qualify ninth. Wee want to be in the top-six; we’ve been on the front here before. It’s a place where we’ve had a lot of success. I love it here, the fans are always amazing when we come here and we want to put on a good show for them. We’re going to have to do that from ninth tomorrow. The car made really good improvements; the Code 3 Associates crew has worked very hard. We’re chucking away at it. This year all year I think we’ve missed a little and we’re getting closer. It’s hard to do in a weekend like this; it’s pretty quick. Last night you get one practice, you jump in this morning and you only get about an hour to do changes before now. It’s pretty busy but all in all a solid starting spot.

Christian Lundgaard in the No.30 Shield Cleansers Honda starts the race from P14 and speaking following his time on track the Dane said;

Qualifying done and I didn’t get through (to Round 2) unfortunately. We’re nearly there, I was on a very good lap at the end just before the red flag.  Yeah, it’s unfortunate, I think in the end the red flag was kind of caused by VeeKay going through in Turn 8 and put some gravel on the track and I ran wide there because there was gravel on the track. I got into Turn 13 and ran wide. I think I just hit the grass and there was some gravel on track. It’s unfortunate, I think we had the car to get through but probably not much more than that. We’re in a bit of the same situation as Long Beach now, so we are going to crack on tomorrow.

The 2022 race will be his fifth INDYCAR race and first at BMP.  He is the highest rookie in the points standings with a rank of 17th with 42 points.

Speaking after qualifying in 15th place, Jack Harvey in the No.45 Hy-Vee Honda said:

Progress on the weekend has actually been quite good, I would say, from where we started to where we’re heading through both practice sessions, which was good. I was feeling confident going into qualifying, Ultimately, we had way too much understeer on (Firestone alternate) reds and we weren’t able to extract any more lap time out of them and we ended up P8. I think I actually would have transferred (to Round 2) if we had been in the other group so that’s sometimes just how that goes. I think we are definitely going down a good path, just obviously not the result in qualifying that we’ve shown we could get. I’m hoping it’s going to be a good race for the Hy-Vee team. I think the strategy could easily be a two stopper with some minimal fuel saving so I’m sure a lot of people will gravitate towards that. Where we are, we have to try and overtake cars and move forward so that’s what I’m going to try and use the warmup to focus on.