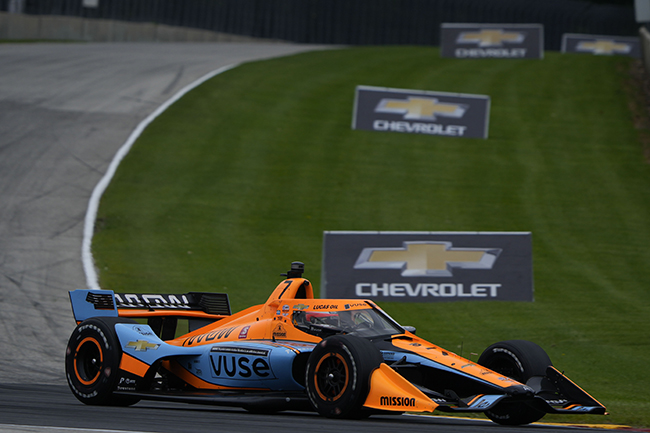 Arrow McLaren SP’s Felix Rosenqvist says it was a big loss for the team as he retired early from Sunday’s Honda Indy 200 at the Mid-Ohio Sportscar course.

The Swede was running third when he suffered a catastrophic failure but speaking to NBC after retiring from the race he said that the No.7 Vuse Arrow McLaren SP team showed how competitive they are.

As it stands, Felix Rosenqvist’s team-mate Pato O’Ward is leading the race here at Mid-Ohio.