A Bit Of A Bummer, But We Will Regroup For Tomorrow’s Race 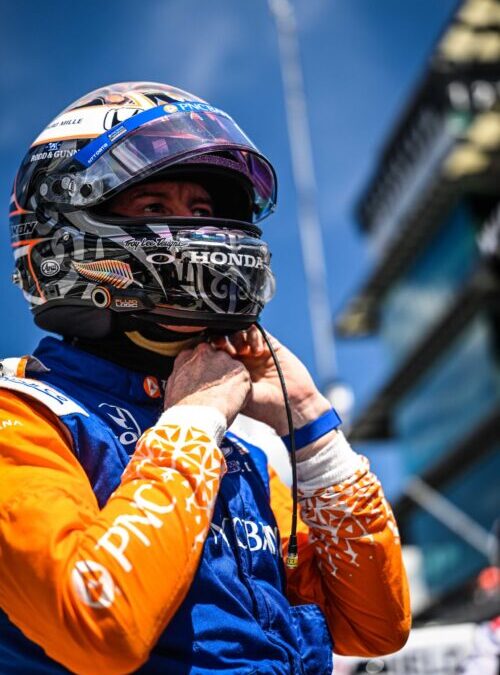 Scott Dixon in the No.9 PNC Bank Chip Ganassi Racing Honda struggled in qualifying for Saturday’s Gallagher Grand Prix of Indianapolis on the IMS road course on Friday as the Iceman will start the 85-lap race from 20th place.

Dixon is currently in fourth place in the championship, just 34 points behind his team-mate and championship leader Marcus Ericsson who will start the race from last place in P25.

The red flag kind of threw us and the No. 9 PNC Bank Honda off timing-wise for the out laps. We didn’t go out on blacks, while everyone else did, and then we missed making the changes to the car from blacks to reds. We got misplaced on the out lap and it was just one of those sessions. A bit of a bummer, but we will regroup for tomorrow’s race.”

Marcus Ericsson suffered a mechanical issue with his No.8 Huski Chocolate Honda and speaking following the action he commented saying:

“We had a decent practice session. We had good direction going into qualifying. Then, leaving the pits, something broke in the car and we needed to investigate what it was. We had a good chance to qualify well today. We will have a lot of tires tomorrow; it’s a long race and I know the No. 8 Huski Chocolate Honda is always strong on race day.”

Jimmie Johnson in the No.48 Carvana Honda starts the race from 23rd with a time of 01:11.7710s and speaking following the action he said:

“I had a great couple of sessions on the track today and am looking forward to tomorrow’s race. It’s so great to be here this weekend and see all the NASCAR vehicles and be able catch up with my friends. I feel like my delta to my teammates is closer than when we were here in the spring, so some good steps forward.”

Defending NTT IndyCar Series champion Alex Palou in the No.10 American Legion Honda starts the race from P7 and speaking following the action he commented saying:

“Qualifying done here at the Indy road course. We had a really fast car this morning in practice and also during qualifying, but I think the conditions and just how close qualifying was it was hard for us to advance to the Fast 6. P7 is a good starting place for tomorrow. It’s going to be tough because of tire degradation but I think we’re in a good place in a fast car, a good looking car, and hopefully, we can get that American Legion car to victory lane.”