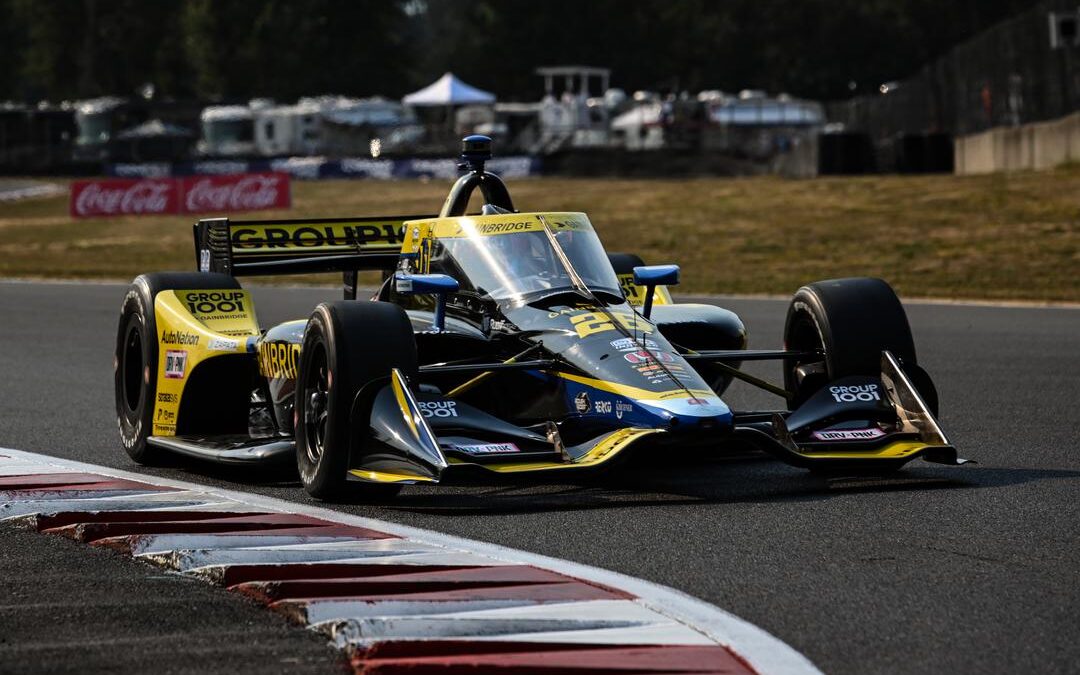 Andretti Autosport’s Colton Herta in the No.26 Gainbridge Honda had a solid day in Portland for the penultimate race of the 2022 NTT IndyCar Series season which takes place on Sunday. The Californian suffered an issue with a broken toe link after clipping the barrier. The team was able to fix the issue in quick time and this allowed Herta to continue setting a time of 58.3925s and speaking following the action he said:

“It was the entire crew that helped us get back out. Breaking a toe-link in the first segment could have ruined our session. They fixed it and we had enough time to get two laps in, one that was good enough to transfer. The No. 26 Gainbridge Honda is solid and the crew did a great job. I am happy how everything went today.”

Alexander Rossi in the No.27 NAPA Auto Parts AutoNation Honda was left disappointed as he starts the 110-lap race on Sunday from 9th place and speaking following the action he commented saying:

“Qualifying was disappointing. I think we are just missing a step of pace compared to the people up front. We don’t really know – we kind of had this same deficient from the test and all through the weekend. The car’s not bad, it’s just, we can’t seem to solve our issue. We’re going to try and swing at it for warm up and see what we get.”

Romain Grosjean in the No.28 DHL Honda starts the race from P15 and speaking following the action he commented saying:

“Not the qualifying session we would have liked. With it very likely there is a yellow on the first lap, we will do what we can to stay clean and work forward from there.”

Devlin DeFrancesco starts the race from 24th place and speaking following his session the Italian/Canadian said:

“It was a tough session so we will go back and look at the data to see what changes we can make. Tomorrow, we will push hard to move the Jones Soda Honda up the field.”