A Delighted Power Ready For The GMR Grand Prix Of Indianapolis 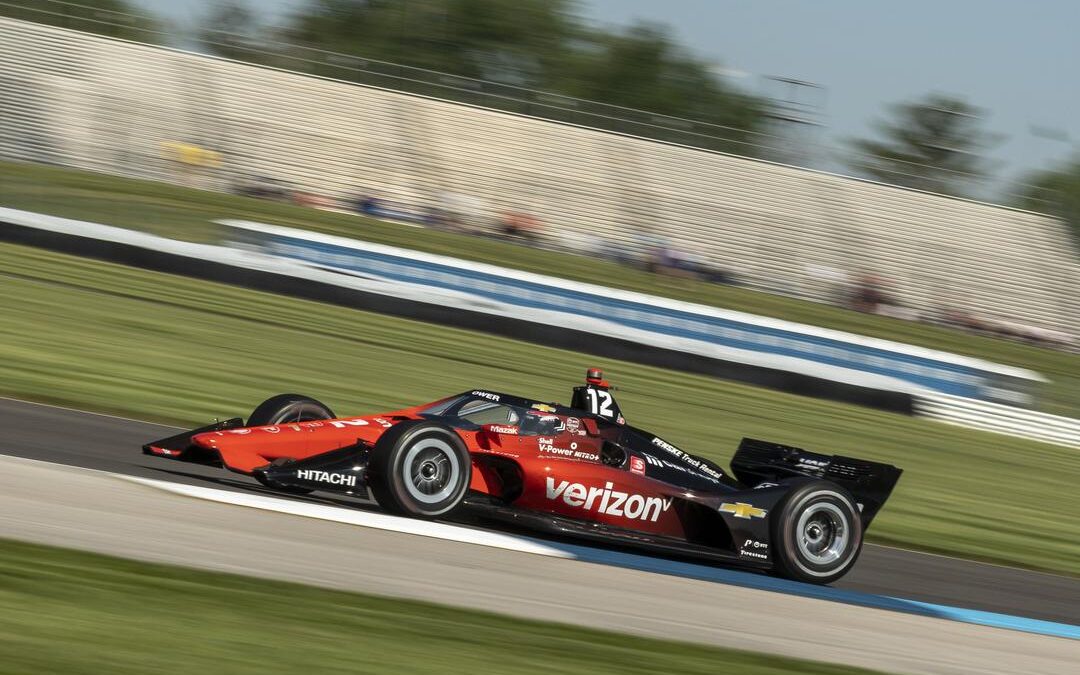 Will Power in the No.12 Verizon 5G Team Penske Chevrolet took his fifth pole at the Indianapolis Motor Speedway road course on Friday which was his 64th NTT IndyCar Series NTT P1 Award of his career just three away from IndyCar Series legend Mario Andretti on 67 poles.

This series, it’s so tight. “So, to get a pole these days, you know you’ve done a really good job. And the team has done a great job. I’m super-stoked. It’s been a long time since we’ve had a pole on a road course. I worked hard on that one.

“I feel so privileged to be so close to him (Andretti). To be up there with names like Mario Andretti and A.J. Foyt is something I wouldn’t have imagined when I started my career.

Josef Newgarden in the No.2 PPG Team Penske Chevrolet will start the race from third place on the grid with a time of 01:09.8343s and speaking following the action the Tennesse-native commented saying:

It was a good day here at the GP of Indy and qualifying day at IMS. We qualified P3 and our teammate Will Power is on the pole, which is fantastic. I feel a little bad because I felt like our car was capable of winning the pole. We missed it by literally half-a-tenth so I’ll put that on me. I didn’t get everything out of the car. It was really capable and everyone did a great job. The strategy was right. Now we can focus on tomorrow. We’ve got two cars in the top-three. We’ll see if we can race from there with PPG and Team Chevy.

Scott McLaughlin in the No.3 Snap-On Team Penske starts the race from P11 following a time of 01:09.7847s and speaking following the action he said:

The Snap-On Chevy felt awesome. I just made one mistake on that first lap on red tires. That’s key and that’s everything. We did two laps there and the second lap wasn’t fast enough. It’s so tight that you can’t afford to let go of that. It’s unfortunate for Snap-On and Team Chevy but I think we have a fast car. It might rain tomorrow so we’ll see. You’re always trying to get every inch but you get punished more if you miss it. That’s the beauty of IndyCar racing. It’s so competitive I’m upset but I also know we have a fast car. It’s just a matter of putting it together. Unfortunately this time we didn’t but we’ll keep pressing on and be proud of where we’re at.