A Disappointing End To A Promising Weekend For Arrow McLaren SP 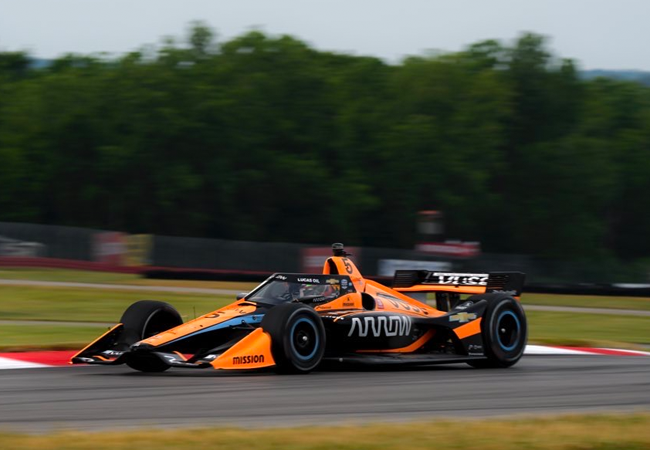 Arrow McLaren SP endured a tricky race on Sunday in the Honda Indy 200 at the Mid-Ohio Sportscar Course.

Starting the race from pole position, Pato O’Ward had a great start in the No.5 Arrow McLaren SP Chevrolet, however, unfortunately, the promise shown by the No.5 crew came to nothing following a mechanical issue that saw the Mexican stop on pit exit during the race and speaking following the event, O’Ward said:

“Today was a bummer. Apparently, the issue was something fuel delivery-wise, and it just kept getting worse and worse and worse. Then it just failed. It is a bummer and frustrating as we have thrown away, I think, an easy podium for us here. We had a lot of pace, and we’ve had a lot of pace throughout the weekend. The No. 5 Arrow McLaren SP Chevrolet was really well put together for qualifying and I tried to do my job the best I could.”

Felix Rosenqvist started the race from fourth place and was forced to retire from the race following a suspected engine failure and speaking following the action he said:

It’s just unfortunate. I had a really, really, really good run. I feel for the No. 7 Vuse Arrow McLaren SP guys who worked so hard this weekend. I think we had a mega weekend going as were off strategy with the black tires and holding our position. We actually managed to move up from fourth to third, so yeah, it’s a big loss for the team.

“I just felt like we were sailing out there. I think we showed again we are up there and fighting for podium positions. We just have to come back and do better in Toronto.