A Disappointing First Qualifying For McLaren 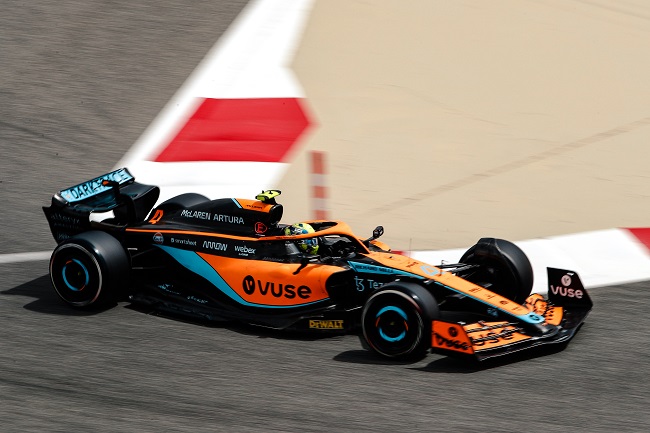 Lando Norris starts the race from 13th place and speaking following the action he said:

Mixed feelings from today. I think we did a good job with what we had, we’re simply just not quite as quick as we want to be. I feel like I did a good lap and we had a good plan. We did make some improvements but, of course, so does everyone else. We do need to find a lot of pace in the car but I think we maximised what we had today and we’ll try to gain a few more positions tomorrow in the first race of the season.

“We’re a little bit on the back foot comparing to other teams, so there’s many things for us to learn and find out in the race tomorrow. We’re always aiming for points, and that’s what we’ll be working on tonight and into the race tomorrow.”

Daniel Ricciardo starts the race from 18th and speaking following the action he said:

It’s been a tough weekend so far, unfortunately. Last time I drove in Barcelona, we left pretty optimistic but, we’ve got new kinds of challenges here this weekend. With the lost time last week, trying to get up to speed, it proved trickier than I hoped. There’s a lot of work to do, and today we didn’t have a good result, but we’ll work on it and look at how we move forward tomorrow.”

“P13 and P18 is a disappointing first qualifying session of the new era here in Bahrain. It was clear that we were starting this weekend on the back foot, following a challenging test that Daniel missed out on. At the same time, we also need to acknowledge that we are simply not delivering the level of performance we want.

“Back at the MTC, we’ll kick-off a detailed investigation and analysis of our performance here in Bahrain today, but here at the track it’s important to switch our focus to tomorrow’s race, put up a good fight, and score some points.

“Having said that, I still want to thank every single member of the team, here in Bahrain and back at the factory, together with our colleagues from Mercedes HPP for all the hard work everyone has put in. We keep going