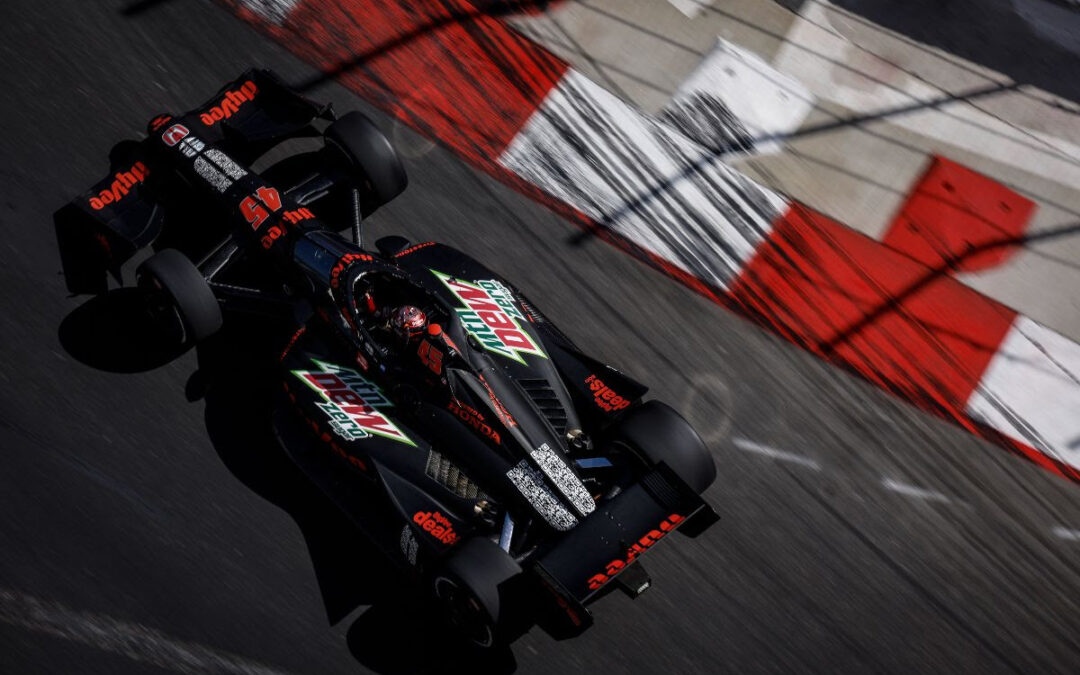 Qualifying has come to a close for us and the Quartz Engine Oil car will start P13. I’m disappointed after this morning. I thought we had more in it but we are just struggling a little bit overall as a team here. The balance isn’t that far off but clearly the pace is just not there, I’ve been fortunate with Christian and Jack — Jack in particular — with his experience with Shank last year. He has a good feel for what the car should feel like and how to go faster around here and we just have to keep working on it. We’ll get there, but obviously I’m disappointed to come so close. I think we missed advancing by a hundredth or half a tenth or something like that. But head down, focus to tomorrow, we can race with them.

Christian Lundgaard in the No.30 Shield Cleansers Honda starts the race from 20th place with a time of 01:06.5049s and speaking following the action he said:

Qualifying is done here in Long Beach and it was not the best of sessions even though I did feel it was the best car we’ve had all weekend. The pace isn’t there unfortunately. We’ve got a warmup tomorrow, and have got to see if we can improve the racecar and see if we can take it from there. Qualifying is done now so we have to improve for the longer distance for the race and see where we are at. We’ll be back at it tomorrow.

Jack Harvey in the No.45 Hy-Vee Honda starts the race from 21st place with a time of 01:06.9708s and speaking following the action he said:

Not an awesome session for sure. We tried a new setup there to try and get the weekend going in the direction we want and unfortunately it didn’t give us what we were looking for and we probably lost a step compared to practice. It’s a pretty disappointing qualifying here in Long Beach for the #45 Hy-Vee Honda, but obviously now we turn around and take it to the race and see if we can have a better one.