A Fantastic Weekend For Ilott 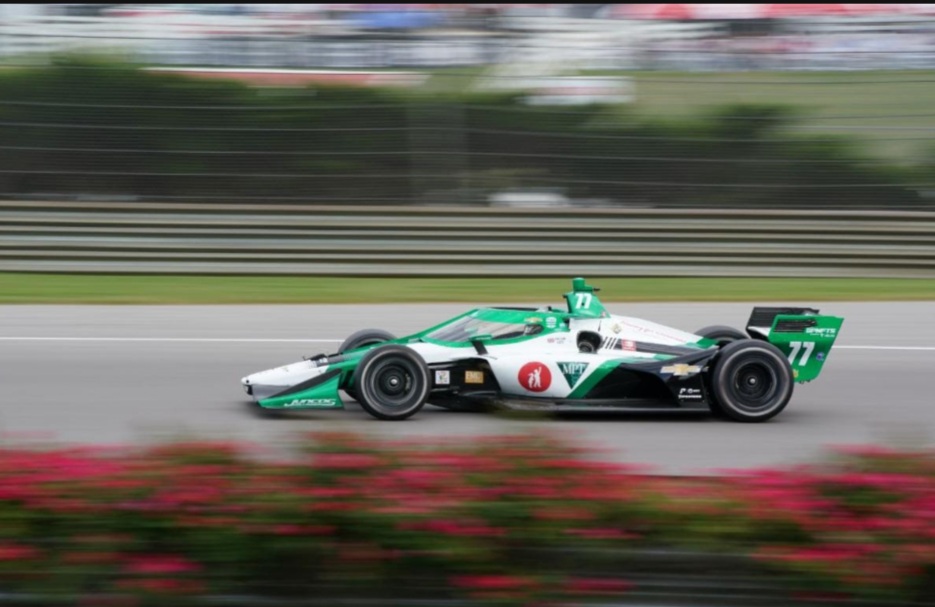 Juncos Hollinger Racing’s Callum Ilott in the No.77 Racing For Children Chevrolet had the strongest race weekend of his fledgling NTT IndyCar Series career in the Honda Indy Grand Prix of Alabama at Barber Motorsports Park.

The 23-year old Englishman was fastest of all in the final practice on Saturdsy ahead of Sunday’s race and qualified in 11th place.

Ilott managed to make his way up to sixth place in the race however, shortly after the first round of pit-stops Ilott went off track and got stuck in the gravel however when the car was retired he was able to return to the track and finished the race in 25th place.

Despite the tricky end to the race, Ilott and the team have plenty to smile about heading to the Indianapolis Motor Speedway for the Month of May.

We were having a great race, great start as I moved up three positions to p8. We were running well, did the pit stop and came back out in the pack and just pushed slightly too hard trying to defend from Helio. I was on cold tires and heavy fuel and just ran slightly wide and then I was just a passenger and lost it unfortunately. Bit of a shame to end the weekend like that. I feel sorry for myself and for the team. We had such a good car this weekend so yeah it’s a bit of a hard one. We will take the positives as it was overall a great weekend up until that point. We had lots of pace, lots more than normal so hopefully we can continue that momentum into Indy GP and see what we can do.

Even though the weekend did not end like we hoped, we have so much to be proud of. The team and Callum did an incredible job during each session. We have gained so much in a short time and have proven we have the speed to run with the leaders, which is really impressive at this point with us being the smallest team in the series. We also had an incredible group here with our friends from Racing for Children’s. To spend time with these special kids and to give them memories they will never forget, is truly an amazing feeling. JHR is honored to partner with RFC and we look forward to continuing to show our support for this important organization this season. Now, we will move on and head back to Indy and prepare for the Indianapolis Grand Prix in just two short weeks. We have a lot of work to do, but I am confident we will continue to build on this momentum as we head into the rest of the year.”

This was a truly amazing weekend for JHR. We were thrilled to announce our partnership with Racing for Children’s and have them at the track with us. Callum and the team showed them a great time both on and off track. I am so impressed with how much we have gained this season as a team. The guys have put together a fast car and Callum delivered us some great results throughout the weekend, even though the race didn’t end like we planned. We have a lot to be proud of and I can’t thank everyone enough who continues to show support to JHR.”