A Good Day For Rosenqvist 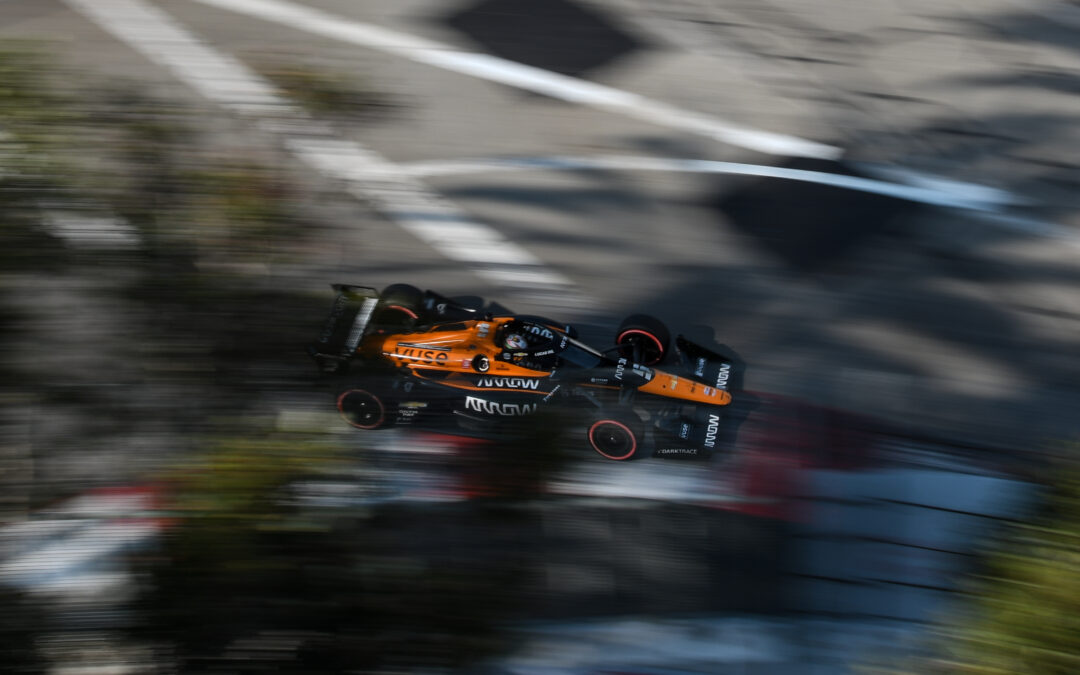 Arrow McLaren SP’s Felix Rosenqvist in the No.7 Vuse Arrow McLaren SP Chevrolet had a great qualifying as he starts today’s season-ending Acura Grand Prix of Long Beach from fifth place and speaking following the action he said:

Today was a good session. It was bit of a mess in the end, but I thought we had a good first round with clean laps to end P1 in that session. In Round 2, we didn’t really get to do a full lap with so many yellow flags. We got through and we were definitely quick enough. Then in Round 3, it didn’t seem to come together. I hit the wall slightly, but it didn’t really bend anything so I don’t think that was the reason. We’ve just been struggling in the Fast Six this season to get the tires switched on. Obviously, you always want the pole, but it was a good session. Fifth is a good spot for tomorrow and that’s where we want to be. You can have a good race from there and I’m happy with that.”

It was a disappointing session for championship contender Pato O’Ward in the No.5 Arrow McLaren SP Chevrolet as he rolls off from eighth place and speaking following the action he said:

“The No. 5 Arrow McLaren SP Chevrolet has been strong. We didn’t roll off the best on Friday but I think we made some really good changes and kept improving throughout the weekend. We had enough for the Firestone Fast Six. We should have been in the Fast Six. It is disappointing to get left out by a very odd call. All we can do is come back tomorrow, try to win the race and hopefully the rest falls into place.”

It was a good session for the team. Certainly not where we wanted to be on the No. 5 side. Felix qualified in the Firestone Fast Six and ended fifth, which is a great start. He will have a good opportunity tomorrow. With Pato, we are still looking into it and trying to understand how we didn’t advance, given the local yellow condition. We are looking at the rulebook and checking the timing and scoring data. The results are official, so there is nothing we can do about it now. We will roll off eighth tomorrow and we’ve got Dixon and Newgarden starting 1-2 and Palou just behind us. We’re in the game, we have a good shot tomorrow, and we will make the most of it.”