A Good Day For The Hitachi Chevrolet 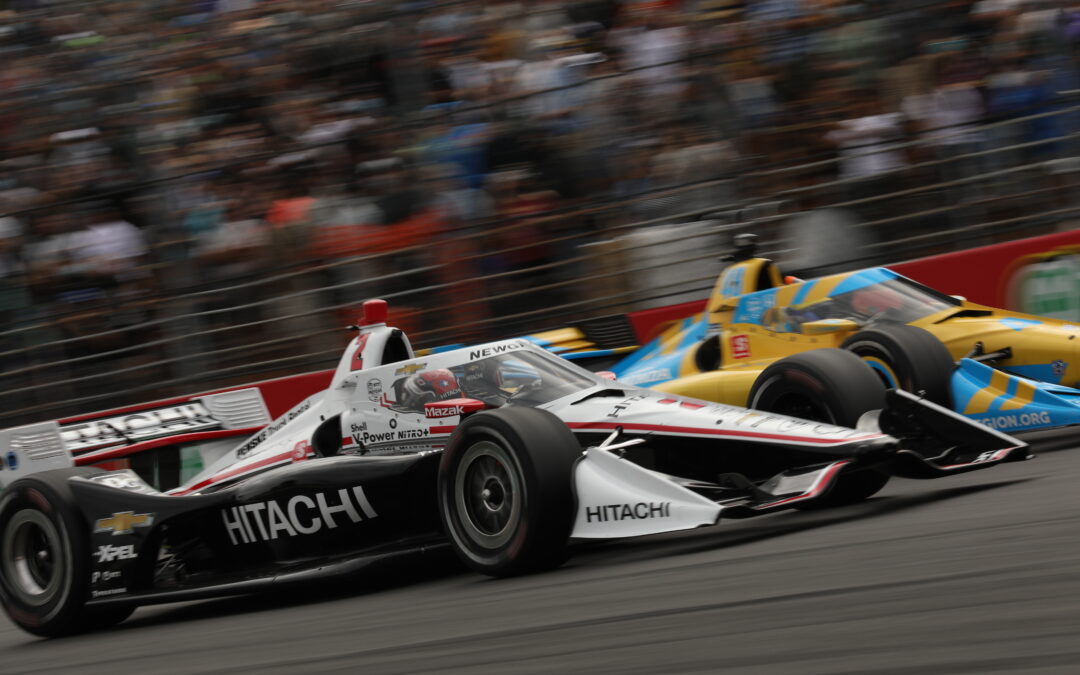 Team Penske’s Josef Newgarden in the No.2 Hitachi Chevrolet was satisfied with how his Portland Grand Prix went on Sunday as the double NTT IndyCar Series champion carved his way through the field from 18th on the grid to finish 5th.

It was a good day for the Hitachi Chevrolet team. It could’ve been better, but it definitely could’ve been worse. Going into Laguna Seca 34 points out of the lead is definitely doable. We are in the fight for the championship and that’s all we can ask. The guys on pit road have been lights out lately and that was the case again today. We have to hit on all cylinders these next two weeks and I’m confident in this team to be at a championship level.”

Scott McLaughlin in the No.3 PPG Chevrolet came from 15th on the grid to come home with a top ten finish in ninth place and speaking following the action he said:

It was a pretty good day for all of us on the No. 3 PPG Chevy. I led my first INDYCAR laps, which was cool. Our strategy was working well for us to potentially be in the top three, but the mid-race yellow put us behind the guys on the two-stop strategy. Our strategy was aggressive with a top-six or top-seven feel to it, but I made a couple of errors that cost us on the out laps. We’re getting better and better, and leading our first laps showed we are heading in the right direction.”

Will Power in the No.12 Verizon 5G Chevrolet started the race from 14th and made up just one spot to finish the event in 13th and speaking following the action he said:

We had a very good Verizon 5G Chevrolet today, but we were just a bit unlucky on a few incidents. The start was a real pity because it put us on the backfoot immediately. Then after a couple of stops for repairs we got hit again. It was so close to having a much better result, but we had bad out laps on cold tires and got eaten up a bit. I felt like our pace was at about a sixth-place level and we finished 13th. It was just one of those days where if you survived you would come out with a decent finish.”

Simon Pagenaud in the No.22 Menards Chevrolet started the race from 23rd place and felt he had a great race going but a long pit atop cost the 2019 Indy 500 winner dearly and he came home in 21st place and speaking following the action he said:

We really had a great race going on today. We fixed the Menards Chevrolet for good pace in the race. It was a great start to the race for us, missing the carnage, and running at the front of the field for most of the race. Unfortunately, we had a long pit stop and got shuffled back on the last sequence, and then got into Will a bit there. We spun and stalled there, and it probably cost us a top-10 finish. It’s a bit disappointing because we did a great job recovering from qualifying. I can’t wait to get to Laguna Seca, one of my best tracks.