A Great Day For M-Sport In Greece 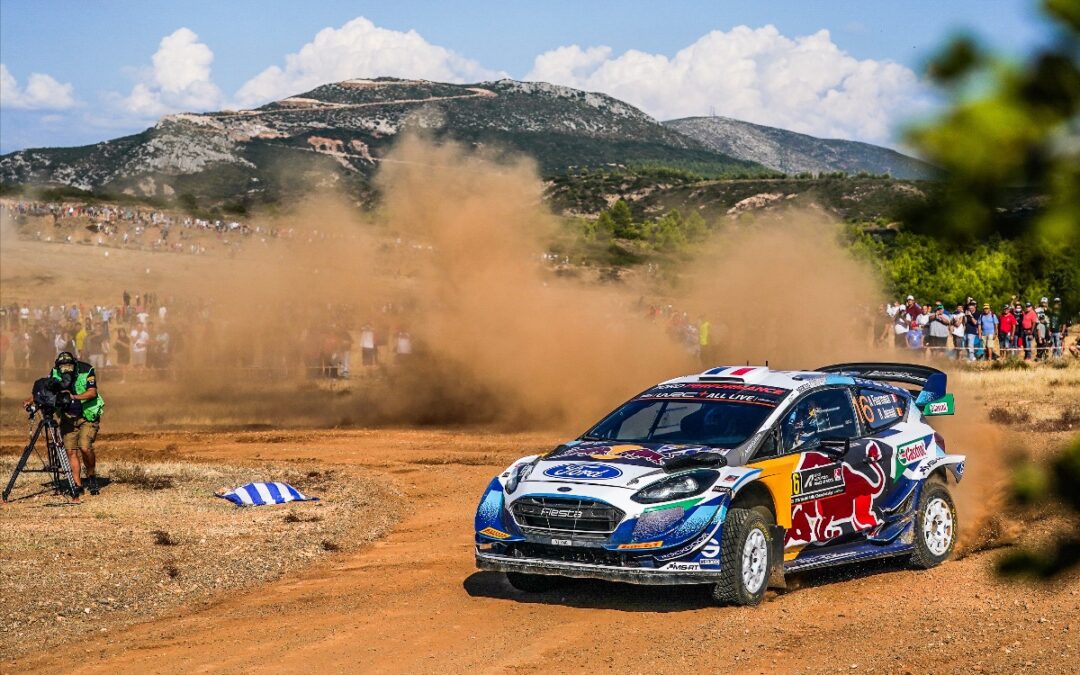 It was really tough, honestly. Some places we are enjoying but it’s about 75% really hard, rough conditions but it’s really an incredible rally and an enjoyable challenge.

“We knocked off the rear bumper and diffuser early on in the morning, and with no service we had to just live with the car when it was lacking downforce at the rear as a result of this damage. You really felt this on the faster stages later on in the day but overall it was very good for us to end the day in fifth place, now we can make the repairs in service and then push again for the rest of the event.”

Gus Greensmith had a great day too as the Manchester native came home in sixth place and speaking following the action he commented saying:

It was quite tricky with the weight of two spare wheels in the back on the morning stages because the extra weight affected the handling a lot more than on some other events. I was able to get more comfortable with the car and push on from there and overall it was a good start to the event for us.

“On the second pass through the stages I felt more confident in the conditions and that was reflected in my pace. It’s been a very encouraging day for us overall. The Rally Acropolis is really a bucket list item for any rally driver, and to come here. I want to get the car right in service this evening and then go again tomorrow.”

We’re very impressed with the way in which our drivers have started out on Rally Acropolis, an event that is renowned for its difficulty. Neither Adrien or Gus had even begun their competition careers when this event was last on the WRC calendar, so to say that they have had a lot to learn is an understatement.

“Both drivers have shown great maturity in knowing when to push, and their natural pace is clearly enough to keep them in the conversation at the front of the rally this weekend. The most important thing is being there in the running on the final day because attrition will likely be high and we’re delighted that the Ford Fiesta WRCs have coped well with the challenges that the Acropolis has posed so far, and the team has done extremely well to prepare the cars for an event of this nature.

“I think today has been hugely positive for the team, we can now look forward to getting the cars ready and continuing tomorrow morning in a very good position.”