A Great Qualifying For VeeKay In Texas 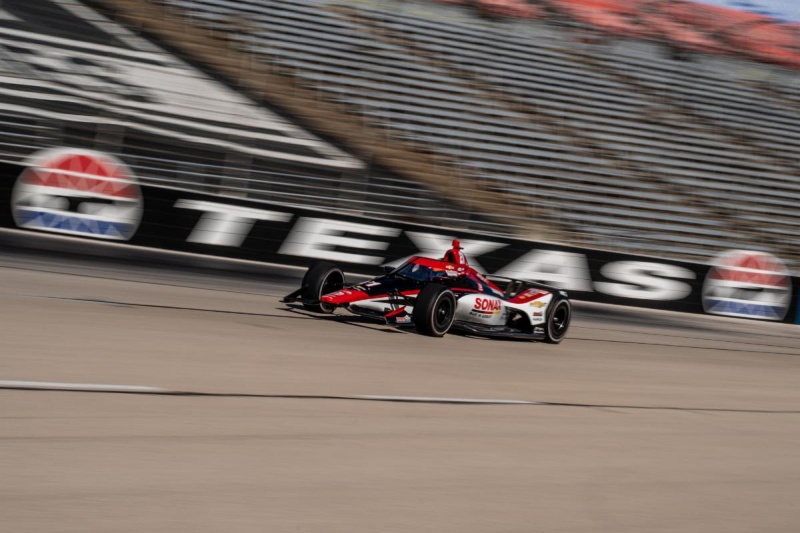 Ed Carpenter Racing’s Rinus VeeKay in the No.21 SONAX Chevrolet had a great qualifying for Sunday’s XPEL 375 at Texas Motor Speedway as he starts the race from eighth place on the grid with a two-lap average of 220.748MPH and speaking following the action the Dutch driver said:

The SONAX Chevy was pretty good! Especially the first lap, it was better than I expected. It was nice to have two cars from the team going ahead of me and telling me what to expect, good thing about having a three-car team this weekend. I am pretty happy, I could have been more proactive with the tools, but overall a solid qualifying.

Conor Daly in the No.20 Bitnile Chevrolet starts the race from 16th with a two-lap average of 219.987MPH and speaking following the action he said:

Honestly, we did what we could do. I might have sacrificed a fair on the first lap, I was a little free on entry and I may have over-adjusted for that. But I never lifted and the car had good speed. Thankful for the team, they’ve been working really hard on this and gave me a great car in qualifying. We’ll see what the BitNile Chevrolet has tomorrow!

Ed Carpenter in the No. 33 Alzamend Neuro Chevrolet starts his first race of the season from 21st place with a two-lap average of 219.212MPH and speaking following the action he said:

We were the first ones out to qualify, so we had to sit there and wait to see how we did. It was a long wait! So many new things this weekend, new sponsor with Alzamend Neuro, new car number, new strategist with Charlie [Kimball]. This is my first time with Vincent [Grilli-Meunier] as my race engineer, but we’ve worked together for a long time. I’ve known all of these guys for a long time, it still feels like home!