A Great Race For Herta And Andretti Autosport At Indy 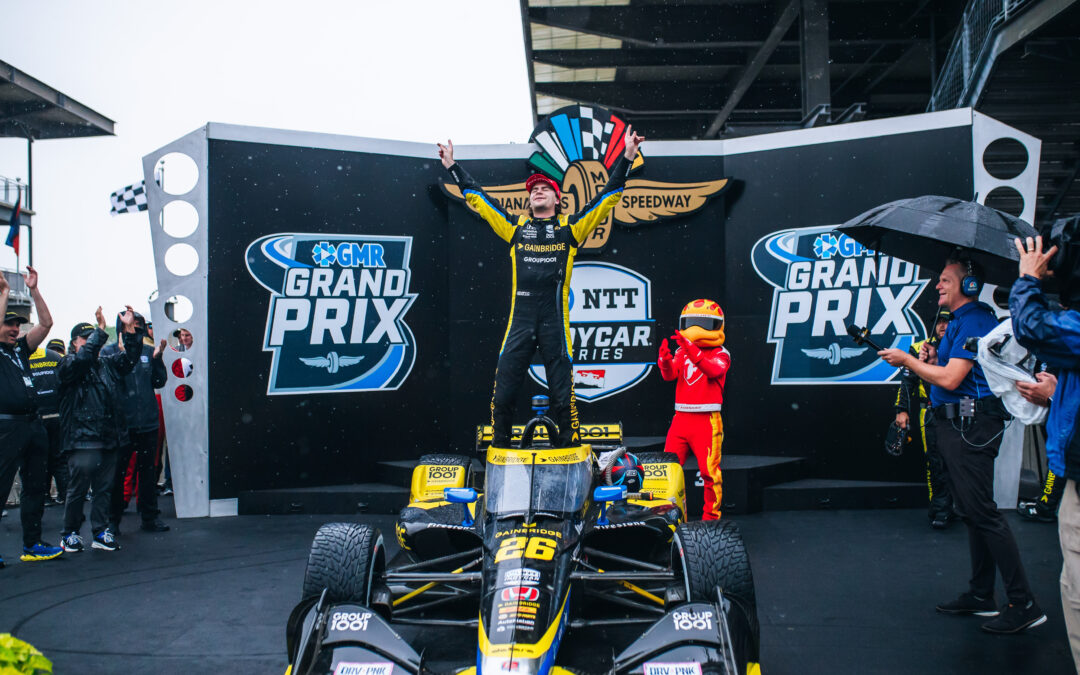 Andretti Autosport’s Colton Herta in the No.26 Gainbridge Honda scored Honda Performance Development’s first win of the season in the GMR Grand Prix of Indianapolis on the Indy road course on Saturday as the American led 50 laps to finish the race just ahead of Simon Pagenaud and speaking following the race he commented saying:

“The crew did an amazing job today. It feels awesome to get my first win here in Indy. I’ve never won here in INDYCAR. I won the Freedom 100 and the Indy Lights road course so winning here felt right. I’m sure it’s going to feel even more right if we can do it at the end of the month.”

Alexander Rossi in No.27 NAPA Auto Parts / AutoNation Honda started the race from 16th and came in P11 and described his day as terrible speaking following the race he said:

“Terrible day. The car was fast and I think we had the opportunity to fight for the win. Unfortunately, we tried a risky strategy after a bad stop cost a lot of spots. Ready to move on and get to practice oval.”

Romain Grosjean in the No.28 Gleaners Food Bank Of Indiana Honda started the race from tenth place and came home in 17th place after inclement weather and multiple yellows disallowed the No. 28 to pit for wet tires, keeping Grosjean on Red Firestone tires and speaking following the action he said:

“The result isn’t what we wanted. Sadly the strategy call didn’t come our way. The rain kept coming and we found ourselves stuck on slicks. The pit never opened at the end of the race and that cost us any chance of coming back. Shame as we had a very fast car.”

On Lap 21 the No. 21 spun off course and entered the track ahead of DeFrancesco causing a collision.
A broken toe link caused DeFrancesco to remain in pit lane for repairs, putting him two laps down. Speaking following his 21st place finish the Canadian said:

“It was a really unfortunate day. I didn’t really have any other options there with that crash. You never want to make contact with someone but there was just no way I could avoid Reenus (Veekay). That was the end of our day. I’m sorry to the crew because we had a great car.”