A Great Race For Lundgaard Despite The Rain 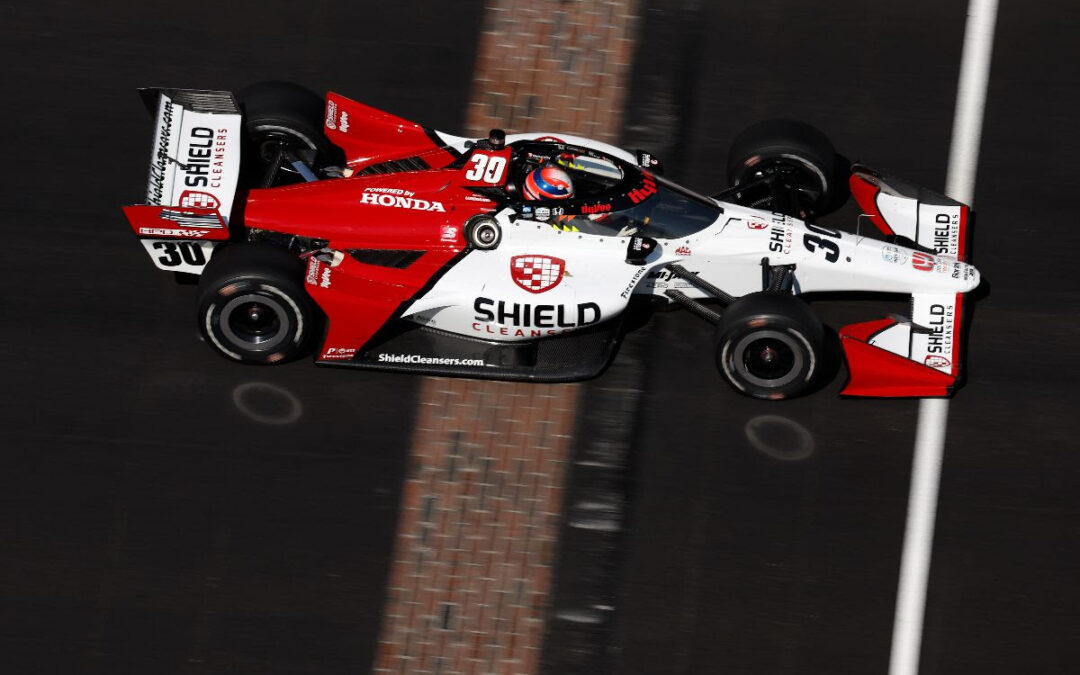 Rahal Letterman Lanigan Racing’s Christian Lundgaard had a great GMR Grand Prix at the Indianapolis Motor Speedway road course on Saturday despite the torrential rain that made conditions extremely treacherous.

The Danish driver started the race from eighth place in the No.30 Shield Cleansers Honda and came home in ninth place despite colliding with Juncos Hollinger Racing’s Callum Ilott at the end of the race as they crossed the line.

It was a tough race here at IMS. It was not really a result we expected. We might have crossed the line P9, but unfortunately hitting Callum over the (start/finish) line. I couldn’t see anything. I was pretty much complaining for the last 10 laps. It was just so low visibility. I’m grateful both of us are okay. We met each other in the medical room which is not the place I want to see him but we are both good so we have to go on next time and hope we can get it at the Indy 500.

Jack Harvey in the No.45 Hy-Vee Honda started the race from ninth place and came home in 13th place and was very disappointed with his result in the 85 lap race and speaking following the action the Englishman said:

That was a super disappointing end to our race. We had a mega start on the opening laps and then once we got going again on the slick tires the No. 45 Hy-Vee Honda was absolutely flying. I was overtaking cars into Turn 12, into Turn 1. I was super happy with the balance. We ended up getting squeezed by another car which broke my front wing a little bit even though we were still quick at that point. It would have been good to keep fighting for a podium, which would have been super nice. The car was absolutely awesome today so I have to say thanks to everyone at Rahal Letterman Lanigan Racing for that. We will just keep trying to get a good result in the next one. The next one is the one that counts so here we go.”

Graham Rahal in the No.15 Fifth Third Bank Honda started the race from 12th and came home in P16 and speaking following the action he commented saying:

The Indy Grand Prix has come to a close and it was just a terrible day for us. We gambled on strategy, I hit Kyle (Kirkwood) — sorry to Kyle for that – and just the gamble on strategy after just put us way behind the eight ball. We tried to recover but frankly weren’t ever in a position to do so. My visibility – I had oil on my screen from the first stint, my visibility in the rain went to zero. I spun coming onto the banking out of Turn 11. Our car in the rain was ridiculously understeer-y so we had to put in, I don’t even know, maybe 10 turns or something to get it to respond. I don’t even know how we finished 16th but on to the 500. Here we go.

Next up comes practice for the 106th running of the Indianapolis 500 presented by Gainbridge which gets underway on Tuesday.