A Great Start For Rossi In Long Beach 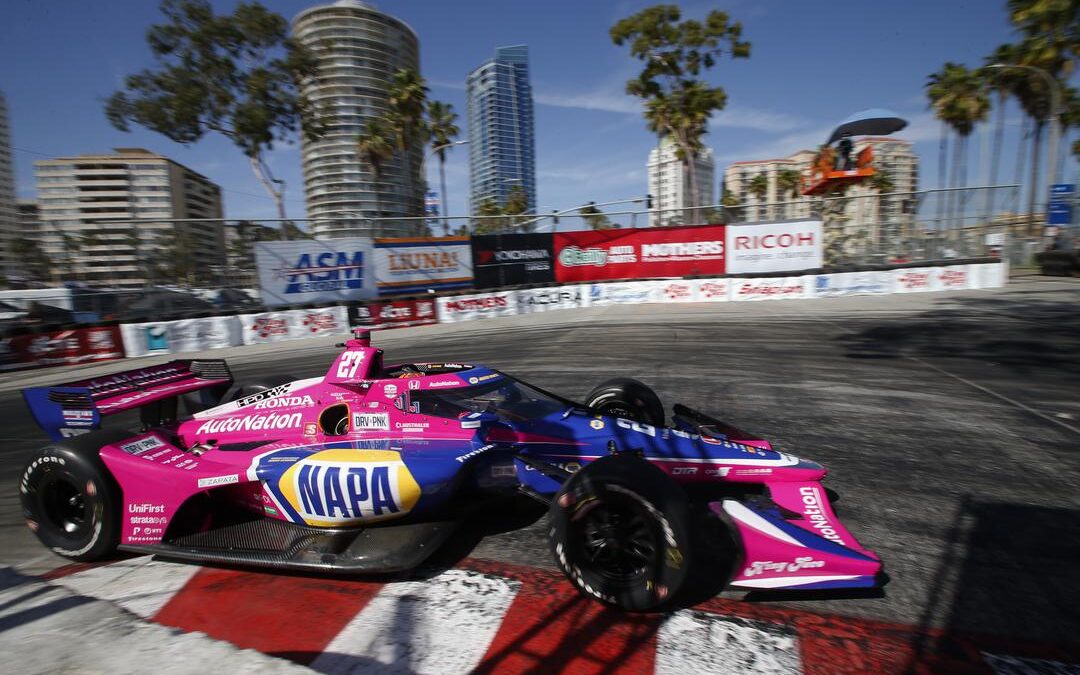 Home-town favourite Alexander Rossi in the No.27 NAPA Auto Parts AutoNation Andretti Autosport Honda had a great start to his Acura Grand Prix of Long Beach on Friday as he ended the day in second place with a fastest time of 01:07.6012 and speaking following the action he said:

“It was really hot today. It was surprising that the track was as fast as it was. Usually, when the track temperatures are over 120, let alone 130 the track is slow. With the new tires from Firestone, there was a lot of grip. We had a good car that was able to maximize on that. It’s all going to change tomorrow and Sunday though, so we need to stay on top of the evolution.”

Colton Herta was sixth fastest with a time of 01:07.8783s and speaking following the action the driver of the No.26 Gainbridge Honda commented saying:

“Overall it was an okay day today. Good day for the team. I felt like we kind of lacked a little bit but we’re still strong. The good thing is my teammates were fast so we can also look to them and what they’re doing. The car had good balance, finished in sixth so we’re happy enough but have room for improvement.”

“First day in Long Beach. The track was very warm today. We struggled a bit with the balance so we have some work to do. Our teammates were fast so we should be good for tomorrow.”

Devlin DeFrancesco in the No.29 Honda ended the session in 25th place and speaking following the action he said:

“First day in the books here at Long Beach. It was kind of a crazy session with a ton of red flags. We didn’t get quite a clear lap in but I think the No. 29 PowerTap Andretti Steinbrenner Honda looks pretty decent. We have some things to work on overnight but we are looking good for tomorrow.”