A Great Sunday At IMS For Honda Performance Development 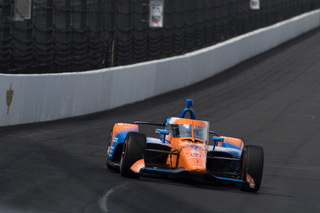 Honda Performance Development had a great final day of qualifying for the 106th running of the Indianapolis 500 presented by Gainbridge on Sunday as six-time NTT IndyCar Series champion and 2008 Indianapolis 500 champion Scott Dixon in the No.9 PNC Bank Chip Ganassi Racing Honda scored his fifth Indianapolis 500 pole with a four-lap average speed of 234.046MPH.

That’s what this place is all about, it’s so amazing. The ups and downs you can have just in one day are crazy. A massive ‘thank you’ to all the fans, it’s so good to see everyone in the grandstands. Thank you so much to the #9 team and Honda, they brought it today. To get all five of our [Chip Ganassi Racing] cars into the Top 12, and then four into the Fast Six, I hope [team owner] Chip [Ganassi] has got a smile on his face! Hard work and people, that’s what it takes. I’m one of the lucky guys that gets to drive, but the amount of effort from everyone back at the shop; and though HPD and Honda, the speed that they bring; and all my teammates; it takes everyone. But this is only stage one, it won’t mean anything come next Sunday. We’re starting in the right spot, and we’ll definitely be trying to keep it on the right spot come race day.” 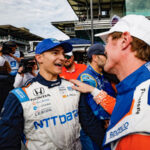 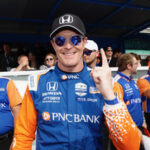 Defending series champion Alex Palou in the No.10 NTT DATA Honda starts from the middle of the front row following a four-lap average of 233.499MPH and speaking following the action he said:

Super happy to be starting on the front row, that’s a first for me at Indianapolis.  The entire Chip Ganassi team did an amazing job and Honda is starting 1-2 with Scott Dixon and me.  So, really happy about that and hope we can take one of our cars to Victory Lane next Sunday!”

“This is Honda’s third consecutive pole for the ‘500’ and two in a row with Scott Dixon.  The team at HPD did a great job dealing with the new [qualifying] format, and the sheer bravery of the whole Ganassi lineup in all of their qualifying runs was absolutely amazing.  It’s been a tough start of the season for us, but this is a validation of all the hard work going on at HPD and our partner teams.  They came through today, on the biggest stage in our sport.  There’s still next week, and we’ve got a race to win.  We’ll enjoy the moment tonight, but then it’s back to work for next weekend’s 500.” 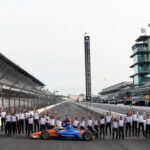 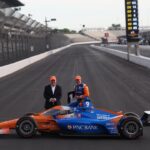 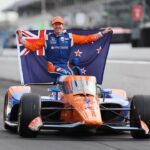 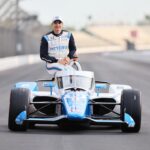