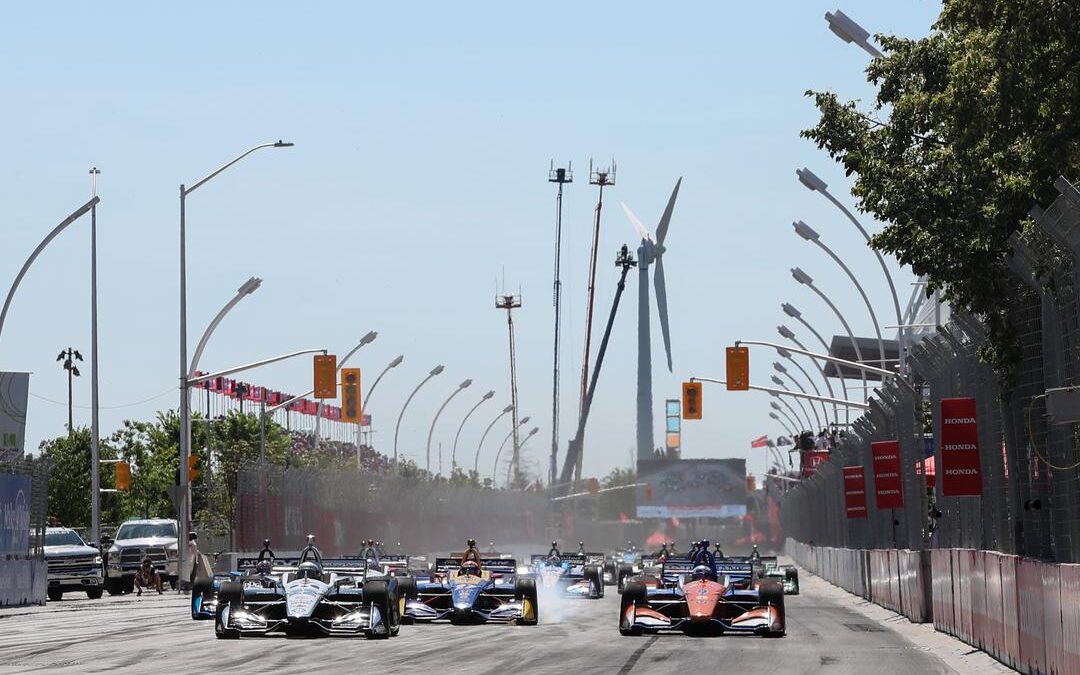 The NTT IndyCar Series heads north to Canada in just under two weeks time for the Honda Indy Toronto for the first time since 2019.

A lot has changed in the series since the last race here, most noticeably on the safety side with the introduction of the aeroscreen.

The grid has expanded with a number of drivers set to make the Toronto debuts.

Chip Ganassi Racing’s Alex Palou and Jimmie Johnson will compete in Toronto for the first time. Rinus VeeKay will also make his NTT IndyCar Series debut at the race.

Dalton Kellett will also make his first race appearance in front of his home fans in Toronto.

Team Penske’s Scott McLaughlin will also compete on the famous track for the first time.

The team’s will have a lot of preparation for this race given that the track surface is e tremendously bumpy.

Here is a refresher as to what the circuit is like.