A Messy Start For Us 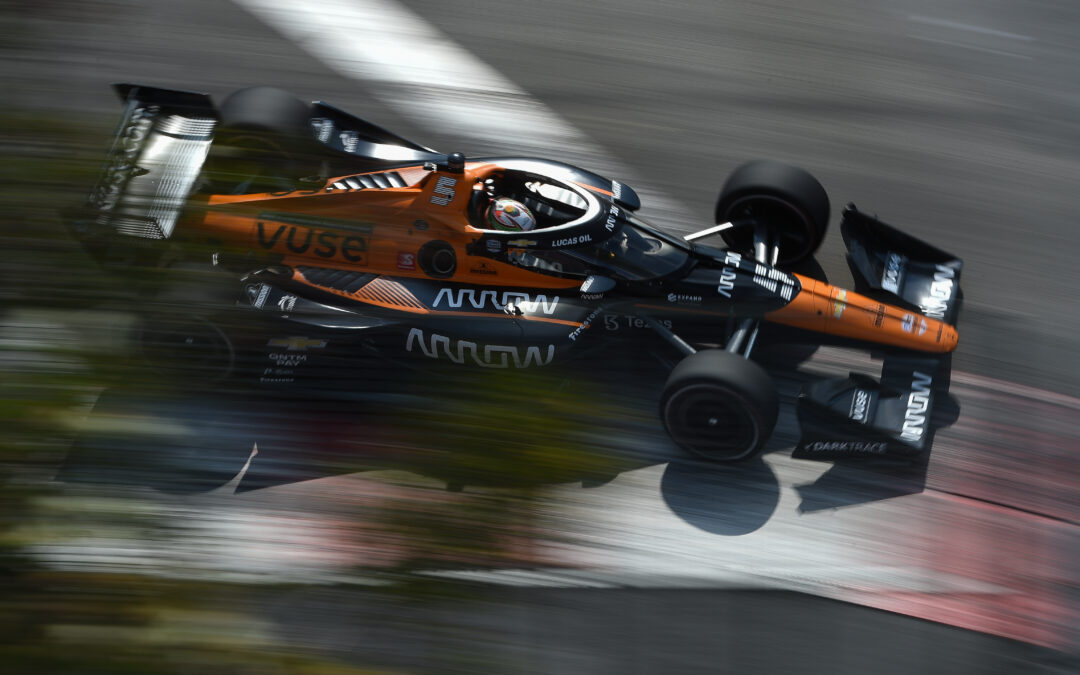 Rosenqvist who ended the day in fourth place with a time of 01:09.4870s commented following the action saying”

Today’s first practice was messy, with a lot of red flags and traffic. I think I could only get about two laps at a time the entire session but I got a pretty good lap in at the end. It still feels like we can improve on many things, so I think we have potential to be even further up tomorrow in qualifying.”

Pato O’Ward who is in the championship fight was 16th overall and speaking following the action he commented saying:

Today was a difficult day for us. Tomorrow’s practice will be a good chance for us to see what we have for qualifying since it’ll be the first time we put on reds here. Let’s make some good changes overnight and see what we have tomorrow. Today, some people didn’t put on new tires and some did. We were one of the cars that didn’t put new tires on at the end of the session. It’s hard to tell how things will shake up in qualifying tomorrow but let’s see what we’ve got

Practice 1 complete here in Long Beach. It was a chaotic session with full course yellows and cars going off track. A lot of local yellow conditions too, so we weren’t able to get a good read on the No. 5 Arrow McLaren SP Chevrolet and never got a full lap with the tires where they needed to be. We think we have a decent idea of where the car is, so we have some direction of where to make changes overnight. Felix showed that the baseline package has the pace at the end of the session which is encouraging. We are looking forward to getting back on track tomorrow to progress our package and give us a shot at the pole.”