A Nail-Biting Finish For McLaughlin In Nashville 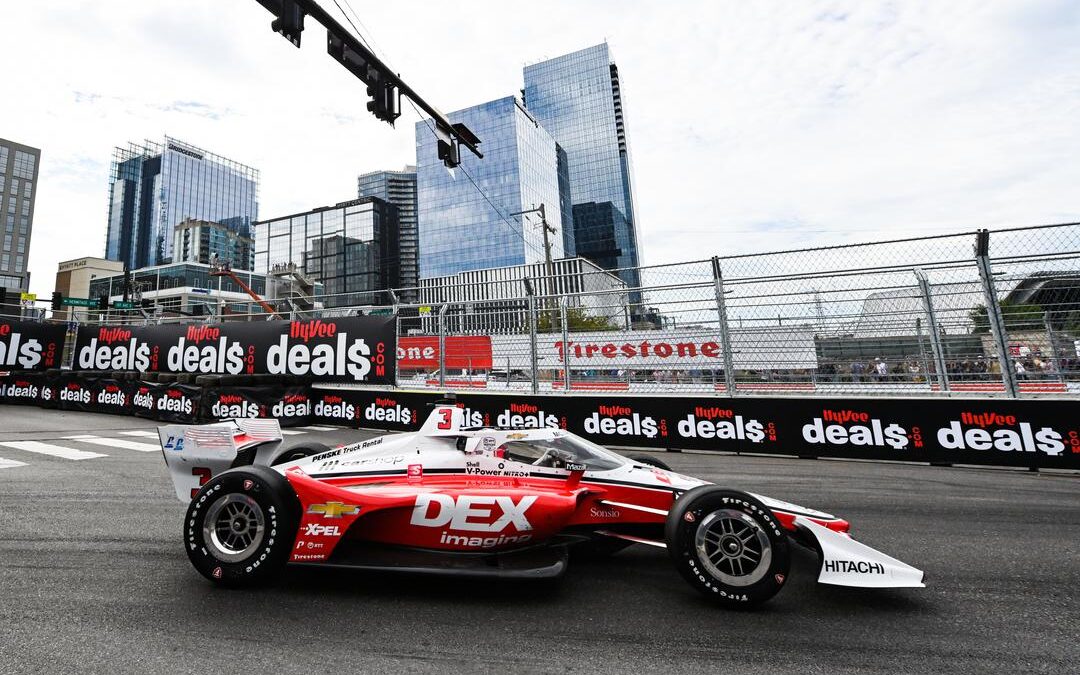 Scott McLaughlin in the No.3 DEX Imaging Team Penske Chevrolet started Sunday’s 80 lap Big Machine Music City Grand Prix on the streets of Nashville from pole position and pushed his countryman Scott Dixon right to the very end to come home in second place behind the driver he looked up to as a young racing driver.

It is a bummer to come up one spot short, but I’m so proud of this No. 3 DEX Imaging Chevy team. This DEX car has been very good to us this year and we had a car that could have won this race. If this was an 81 or 82-lap race I think we would have made it past Dixon, but it was only 80 laps. We were alongside there across the finish line. But man, we were 16th on that last pit exchange and had an awesome restart, and then the car was fast. Just fell short at the end. Congrats to Scotty. Always dreamed of racing him to the finish. That was a proper duel.”

Will Power in the No.12 Verizon 5G Team Penske Chevrolet started the race from eighth place and came home in P11 losing three points in the championship battle.

Power who heads to World Wide Technology Raceway in a couple of weeks with a lead of six points over Scott Dixon commented saying:

Yeah, it’s shame we weren’t able to get a better finish today. We had a very fast Verizon 5G Chevy all weekend and we did the best we could but we got hit from behind early on and had issues with the gearbox the rest of the race. It’s the tough part of close street racing sometimes and it definitely hurt us today. It’s good to still come out of here with the points lead and we’ll get back at it and be ready for Gateway.”

Home hero Josef Newgarden in the No.2 PPG Team Penske Chevrolet was left frustrated after starting the race from sixth that is where he finished following contact with Romain Grosjean.

I’m a little frustrated honestly. It felt like we got bullied around a couple of times and the strategy just didn’t go in our favor. It was a hard-fought day and I’m really proud of the team effort. Everyone with PPG and Team Chevy did a great job – we just can’t seem to get enough breaks this year. We’ve had a lot of success – we’ve had wins but we need a few more of these races to favor us a little bit on the strategy. We’ll move on from here. We’ve got great potential to keep fighting for the championship, along with our teammates, and hopefully we can get it done this year.”