A Ninth Place Finish For Castroneves In Long Beach 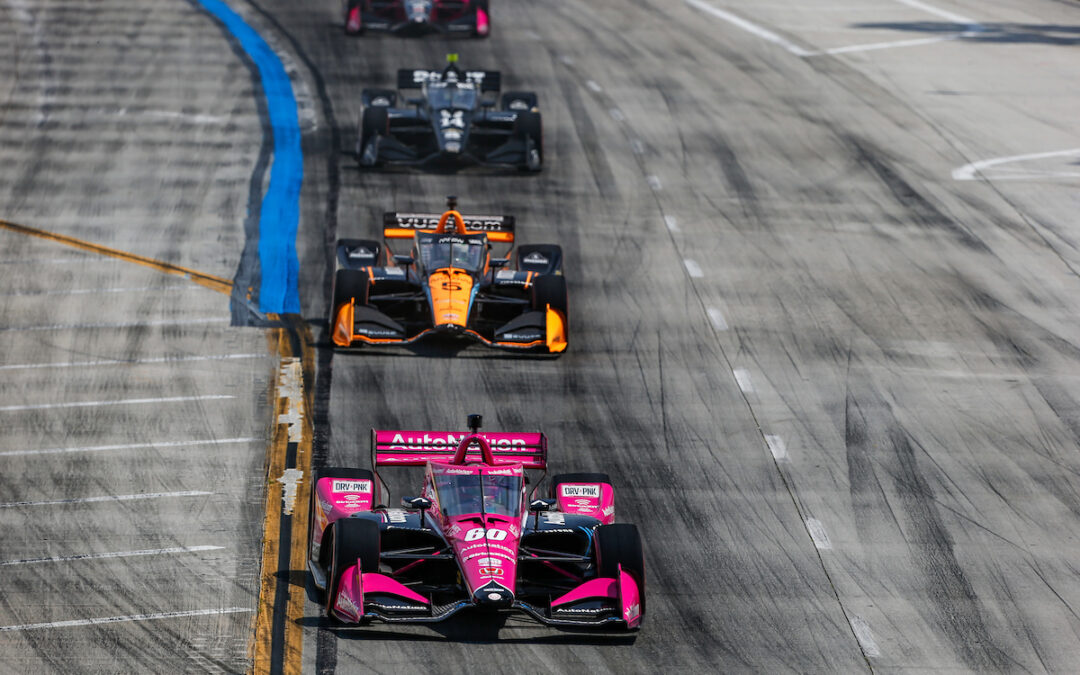 Meyer Shank Racing’s Helio Castroneves in the No.06 AutoNation Honda had a great race in the Acura Grand Prix of Long Beach on Sunday as he ended the race inside the top-ten in ninth place after starting the race from 14th place on the grid and speaking following the race he said:

“The car was pretty good today and we had good pace. It was a typical race here at Long Beach – saving fuel in the beginning, then finding out when the best time to try to move up would be. It’s a shame what happened to Simon, he’s had a heck of a weekend, his car was really strong. We got caught up in traffic but we got a top 10 finish, so we’re very pleased. It’s not a win or a podium, which is what we’re always going for, but at the end of the day, it was a good points day – and we need those points, especially given what happened in Texas. Great job by the team today, we’ll look forward to building up more points starting at Barber later in the month.”

Simon Pagenaud in the No.60 AutoNation Sirius XM Honda had a disappointing race as he finished the race in 19th place having started the race from tenth The Frenchman spun and at the fountain and ended up in the flower bed and finished the race down the order.

“Well it certainly wasn’t the best race for us. We went from being super fast all weekend long to not getting the result that we wanted. The strategy was fantastic, but as you saw the incident with Sato was not ideal – but we did get a lot of TV time for that! I don’t think I would do anything different on the Sato move if I had to do it all over again.  Other than that, we had tremendous pace all weekend. Thank you to AutoNation, SiriusXM , Arctic Wolf and Honda.”