A Rough Day For Andretti Autosport In Texas 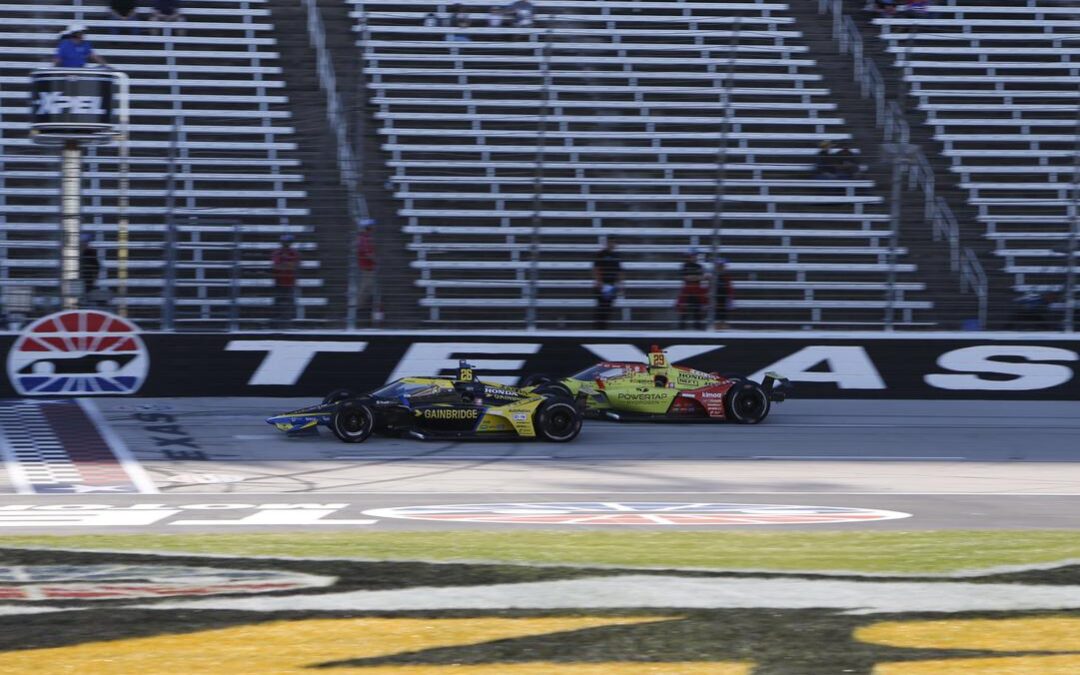 Andretti Autosport’s Colton Herta in the No.26 Gainbridge Honda says it was a rough day for the team as he came home in 12th place having started the race from ninth on the grid. Speaking following the race where he had been competitive he said:

“Today was a rough day all around. I felt confident going into the race with the changes we made yesterday. Things just didn’t come together the way we hoped. My focus is on my home race of Long Beach.”

Devlin DeFrancesco in the No.29 PowerTap Andretti Steinbrenner Autosport Honda retired from his first oval race and speaking following the action the Canadian said:

“It was a rough way to end the day. Again, I just want to apologize to Helio (Castroneves) and Graham (Rahal). It was a mistake, but I’ll learn from it and move forward. I want to thank the crew because they put together an awesome car. On to Long Beach.”

Romain Grosjean in the No.28 DHL Honda endured a tough first super speedway race and was forced to retire from the race due to an engine issue and speaking following the race he said:

“Unfortunately, our day ended early today. The first 100 laps were good and the car felt nice. It is certainly very hard to pass on this circuit. I learned a lot this weekend and we will have more for the rest of the season.”

Alexander Rossi in the No.27 NAPA AutoNation Honda was forced to retire from the race and speaking following the action he said:

“What a horrible way to start and end the day. I think we had an awesome car and went into the race with a lot of confidence. On Lap Two we started losing power and ultimately had to retire the car with an electrical issue. All we can do is look ahead to Long Beach.”