A Sixth Place For Breen In Kenya 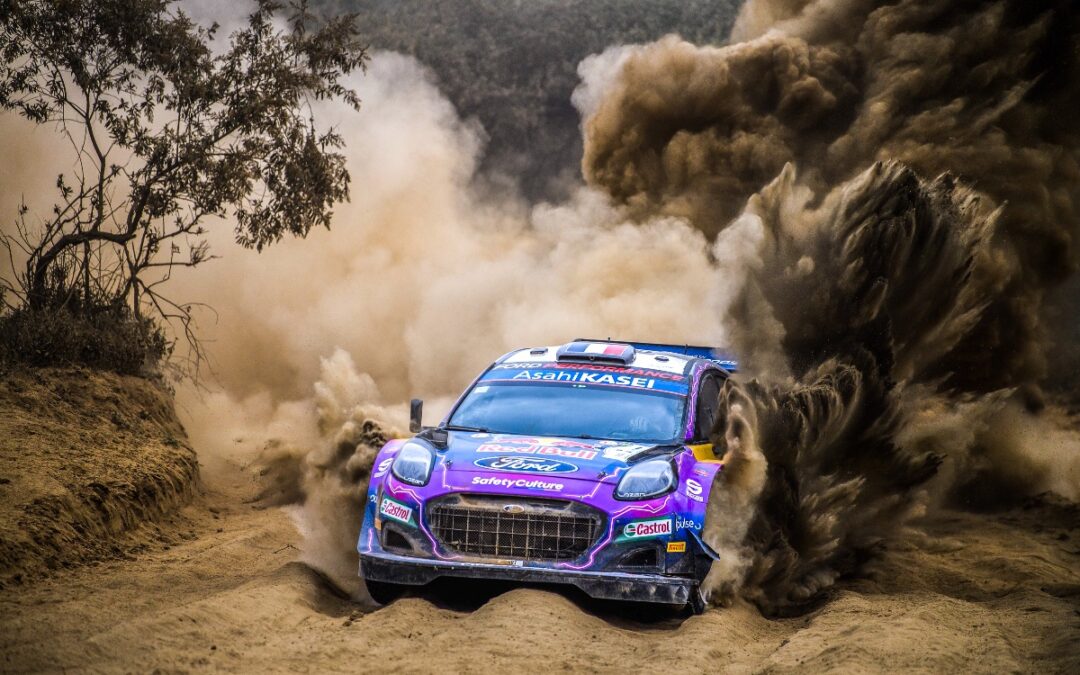 The event proved to be the ultimate endurance test for the latest top-flight rally cars as the Puma Hybrid Rally1 debuted on the African continent on one of WRC’s most iconic rallies. So challenging were the conditions that, despite showing stage winning pace, the best result the team could claim was sixth thanks to the efforts of Craig Breen and Paul Nagle.

The experience has been nice, I’ve never been in the country so I’ve been taking it all in. From a sporting point of view, it hasn’t gone all that well which is a pity especially off the back of Sardinia, I thought we were going to get in a rhythm over a couple of events. It all just kind of flowed against us this weekend. There was a lot of potential in the car this weekend, Seb showed that. Friday was really good, I was really happy as the pace was nice, that last stage in the evening was flowing well and then it all just snowballed downward from there with the problems that we had.”

Sebastien Loeb felt that the team were on the back foot following a technical issue on the opening and and speaking after finishing the event in eighth place and speaking following the action he said:

We had bad luck on day one because the technical problem we had was a little detail, a small tube started to leak and then the car didn’t start so I finished five kilometres from the service. The next day was going quite well, we had an issue with the steering arm but the team will be able to fix it as it was the first really rough rally of the season with new cars. I am a bit frustrated about the classification because our speed was quite good and we were able to fight at the front and did some good times.”

Adrian Fourmaux finished the event in P14 overall and speaking following the action he commented saying:

Sunday was a good day, I had a really good feeling in the car, pushing on the first stage of the loop each time and we made good times with fastest and second fastest. I also claimed my first power stage points which I am very proud of. They were the positives of the weekend, overall it has been a really tough rally for all of the team but we have learned a lot and will come back stronger.”

Gus Greensmith ended the event in P15 overall and speaking following the action he commented saying:

We started really well as a team with three cars in the top five but unfortunately that didn’t last very long. We had a puncture, I didn’t realise I had had it for so long because the ground was so soft and we damaged a rim as well as some parts of the car. From that point then it was tricky and we had the roll which, as much as I was driving just to finish, it is just one of those things. I felt I needed to help the guys out so I offered my help, as much as it was the clerical work rather than the mechanical work. It was nice to round off the weekend with some power stage points and to give us a bit of a silver lining to the weekend.”

We knew going in that this rally would be a challenge, perhaps the biggest of the season in terms of ultimate durability. The conditions exceeded our expectations, especially the fesh fesh, which was effectively a lottery and perhaps a bit over the limit of what these new Rally1 cars can handle. Despite this, we have to look at the positives. These are new cars and we learned some very valuable lessons. The ultimate pace of the Puma was there, with both Seb and Adrien taking stage wins as well as having three cars claiming powerstage points. It is the first time we have had three cars in the powerstage points this season which is a very valuable step in the right direction. It’s a very difficult feeling to work so hard building up to an event and coming away with little to show in terms of results. We have a testing programme coming up next ahead of Estonia as well as a short turnaround at Dovenby so we are going to be flat out again, but keeping our heads high and looking forward to Estonia.”