A Solid Day For Rosenqvist 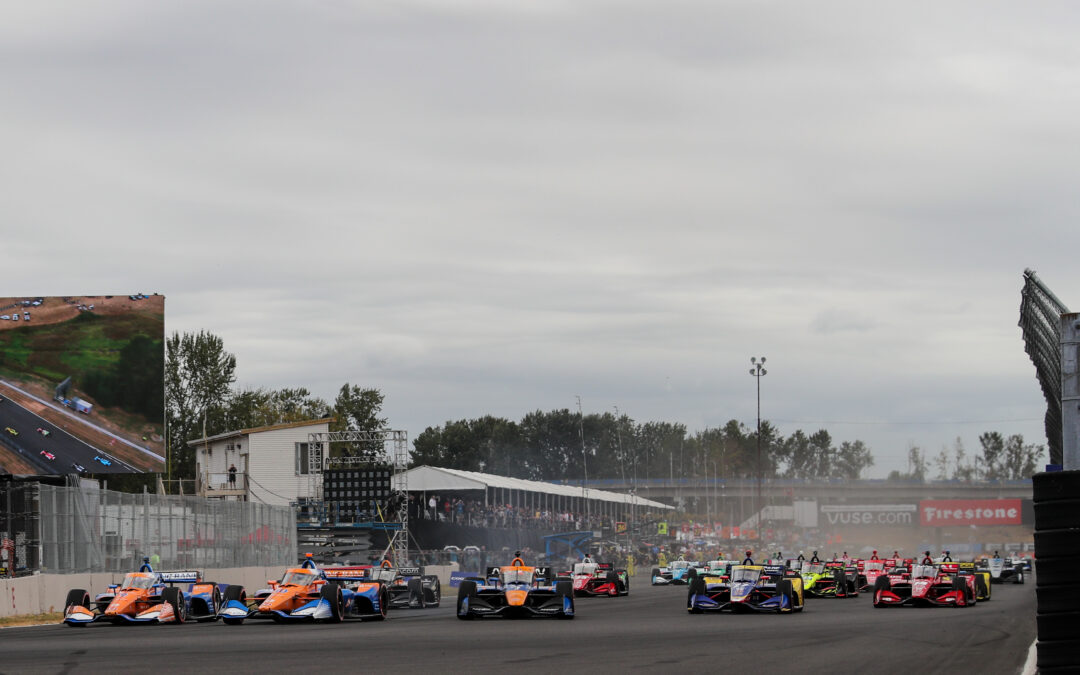 Arrow McLaren SP were unable to replicate the success of their sister team in Formula One at the Grand Prix of Portland on Sunday however, Felix Rosenqvist in the No.7 Vuse Arrow McLaren SP Chevrolet had a great race as he started from fourth and came home in sixth.

Portland weekend is over and was eventful as always; especially in Turn 1, where we knew it was going to be crazy. We got unlucky at the start of the race when we avoided the collision that was about to happen in Turn 1. I didn’t really have a choice but to go straight. The way the rules are written, you get penalized if you go straight compared to the guys who stayed on the track. I couldn’t have really done anything so it was out of my hands, which is a shame. We were in third and came out 18th after the reorder.

The No. 7 Vuse Arrow McLaren SP team did a great job. We didn’t let that get us down, kept pushing, had really good pit stops, pit sequences, and the in and out laps were nailed every time. We kept getting ahead of cars each pit sequence and ended up with a sixth-place finish. I think we had a different kind of pace this weekend and it’s coming together more and more every weekend. Let’s ride out this wave and get some podiums the next two weeks.”

It was a difficult day for Pato O’Ward in the No.5 Arrow McLaren SP Chevrolet as the Mexican came home in 14th place and as a result heads to Laguna Seca this weekend with a 25 point deficit to Alex Palou who won Sunday’s race.

Today was obviously very tough. It just wasn’t our day. We got unlucky with some of the yellows and this race favored the alternate strategy, which you can see when you look at the results. It just goes to show how exciting of a sport INDYCAR is at every race. We gave it everything we had all weekend. The No. 5 Arrow McLaren SP crew was solid on every stop. We are up against some great competitors for the championship but we will come back the next two races and fight down to the last lap in Long Beach.

A tough day today. The weekend was definitely a mixed bag. The start was chaos and we kind of expected that, as it’s been that way here in the past. The race started off well on the No. 5 side and poorly for the No. 7 side after the start. As the race progressed and the way the yellows fell, the order kind of got reversed and essentially reset the field. Unfortunately for Pato, that set him back quite a bit. We had a couple rough stints in the middle of the race trying to get the primary tires to work and it cost us a couple spots and then ultimately Pato finished 14th. Felix kept his nose clean, kept moving forward and got a good result in sixth, his best result for Arrow McLaren SP. The pit crews on both sides did a good job and fought to the end as they always do. While it was a rough result, we are still in the fight. We still have two races to go and we will give it everything we’ve got in the California races coming up.