A Solid Qualifying For Hinchcliffe 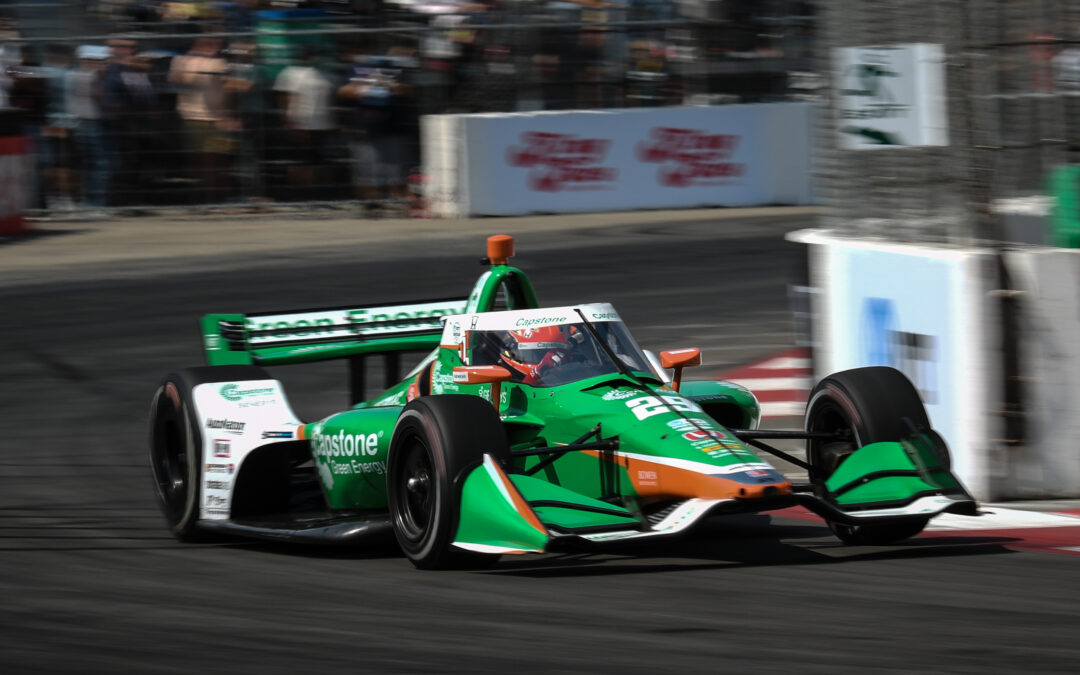 Andretti Steinbrenner Autosport’s James Hinchcliffe in the No.29 Capstone #ShiftToGreen Honda had a brilliant qualifying for his final NTT IndyCar Series race for the team today in the Acura Grand Prix of Long Beach.

The Mayor of HinchTown starts the race from seventh place and is the highest Andretti car with a time of 1:08.7143s and speaking following the action he said:

Solid starting spot for the Capstone Honda. It’s unfortunate the way that qualifying played out because I think we had the pace to be in the Firestone Fast Six. The car has been really strong all weekend – just with the red and all the drama with the laps being taken away, we thought maybe we had a shot at it. Still it’s a good place to start for the race and we’re in a good spot tire-wise. The crew has been great in pit lane all weekend, so we’ll just make a little change tonight and be ready to go tomorrow for the race.”

Ryan Hunter-Reay in the No.28 DHL Honda will start his final race with Andretti Autosport from 11th with a time of 1:09.1330s and speaking following the action he said:

We advanced into the top 12 in qualifying, but unfortunately in that top-12 session we had a lot of traffic come out in front of us. We kept getting stacked up and backed up and never really got into rhythm. We’ll be starting 11th and hopefully we put the right tire strategy into play to get it done from there. It’s great to be back at Long Beach in an Indy car and hopefully we can make it onto the top step of the podium

It was a disastrous session for Colton Herta in the No.26 Gainbridge Honda who suffered damage to his car and starts the race from 14th with a time of 1:09.1094s and speaking following the action he said:

I’m really disappointed in myself that I tapped the wall and ruined our qualifying session. But we’re fast, so that’s a good thing. It hurts though because I think we really had a great shot at winning the pole. We’ve had a good car all weekend though and I’m really happy with the Gainbridge Honda, so we won’t be doing any changes overnight. I think we have a chance to move forward tomorrow.”

Alexander Rossi in the No.27 NAPA Auto Parts Honda starts the race from 15th with a time of 1:08.9946s and speaking following the action he said:

Tough day. Didn’t get to run alternates in practice with all the red flags, so we didn’t have a good idea of what the balance was going to be for qualifying. We missed it by just a bit but have plenty of speed in the car to win around here again