A Solid Qualifying For Ricciardo 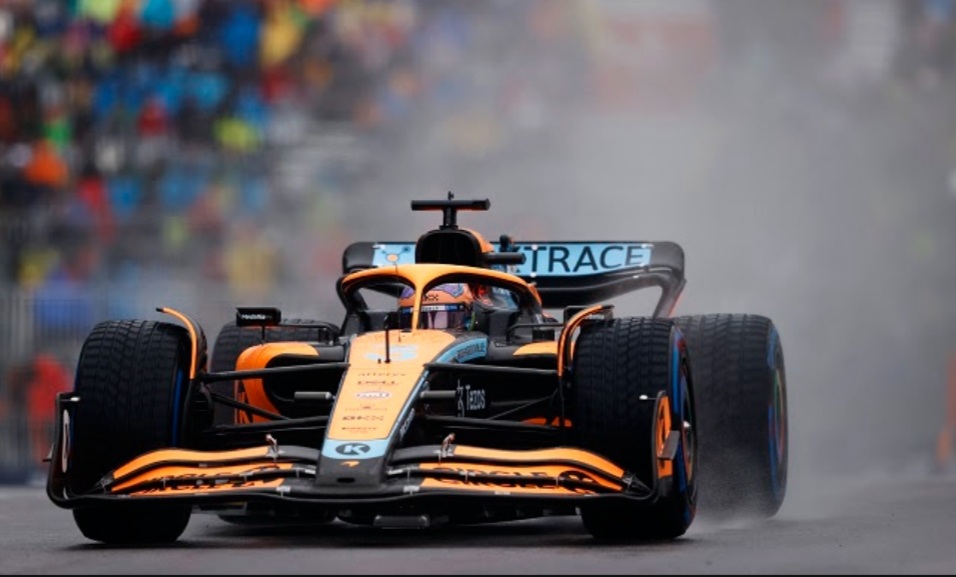 McLaren Racing Formula One Team’s Daniel Ricciardo had a solid qualifying for Sunday’s Canadian Grand Prix at the Gilles Villeneuve circuit during a rain affected session on Saturday.

Speaking after qualifying in 9th with a time of 1m23.749s, the Australian said:

“Another Q3 is nice. When you get into Q3 and the top ten, to leave with ninth, part of me thinks it could have been better, but as the track dried we lost just a little bit of our advantage. Weirdly, I felt a bit more competitive in the wetter conditions, and then as it dried, trying to use the rears, we struggled maybe a little bit more to lean on the tyre. With that being said, I think it’s been a positive weekend so far. It’s definitely been a step in the right direction again. We really hit the ground running in both dry and wet conditions and we’ve been on the pace, showing some good signs. I’m looking forward to tomorrow, when hopefully we can get a bit deeper into the points and end the weekend on a high. There’s maybe a few cars out of position as well, and you never know how that could sway the race. There’s potentially slower cars in front, but to be honest, there’s also a couple of quicker ones behind with Charles [Leclerc] and Sergio [Perez], so it could be an interesting race. I’m looking forward to it.”

Lando Norris in the second McLaren suffered mechanical issues during his qualifying and starts the race from P13 with a time of 1m34.066s.

“Unfortunate to end the session, with a few technical problems and issues with the car. So I didn’t get a shot at trying to get into Q3, which is frustrating – but we’ll try to fix the problem and go into tomorrow. It’s a lot of laps, a track you can overtake on, and race on, so we’ll do our best to try to gain some positions and at least get into the points.”

“Qualifying at the Circuit Gilles Villeneuve was tricky today in mixed conditions, with rain at the start of Q1 and then a progressively drying track as the sessions went on. Unfortunately, we lost Lando early in Q2 with a power unit issue that prevented him setting a time – we are still investigating the cause. Daniel, however, did well to progress through to Q3 and will start the Canadian Grand Prix from ninth.

“Our focus now switches to tomorrow. We’re expecting a dry Sunday and, given the order after qualifying, everything is set for an exciting race. Our aim will be to progress and score good points with both cars.”