A Solid Qualifying For VeeKay In Portland 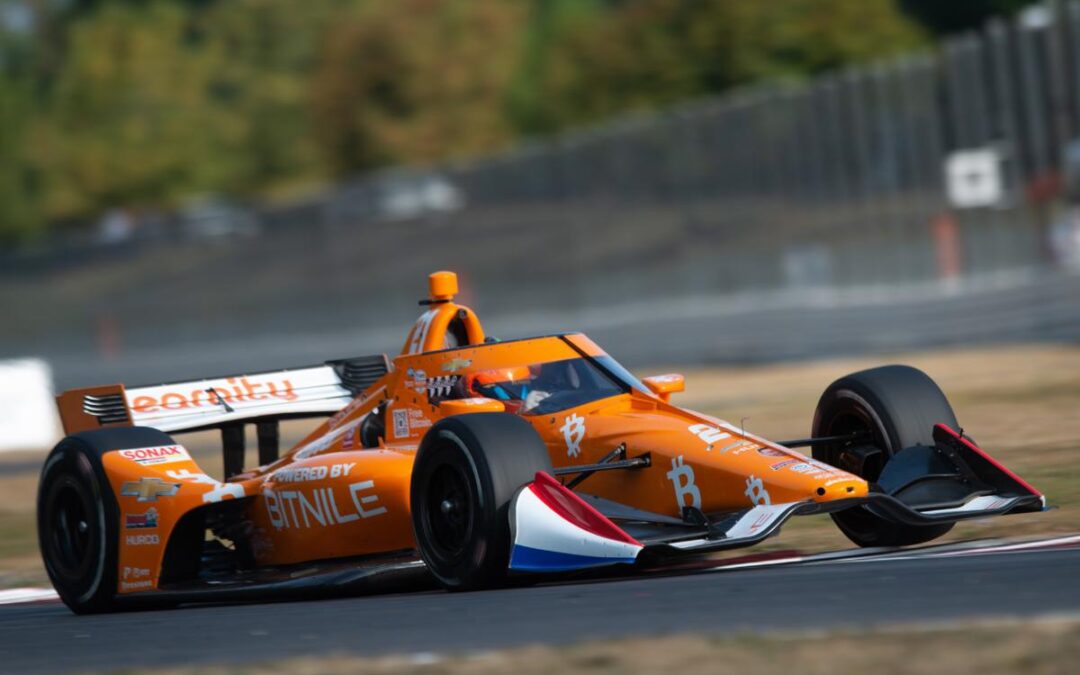 Rinus VeeKay in the No.21 Bitcoin Racing ECR Chevrolet had a solid qualifying for Sunday’s Portland Grand Prix at Portland International Raceway, the penultimate race of the 2022 NTT IndyCar Series season as the Dutch driver on the weekend that Formula One is in the Netherlands will start the 110-lap race from P12 on the grid.

Being third quick in our first group was really good. My goal was to get into the Fast 12 this weekend after the pace we showed in practice, and we did that, but you always want more! The whole feel of the car totally changed from one run to the other so we are looking into that. But the team did a great job to give me a car that was able to comfortably make it to the Top 12. I really feel we should have been close to the Fast 6 there, so it’s tough! We did have a pretty good qualifying and we know what we need to do tomorrow.

VeeKay set the fastest time of 58.5356s, Conor Daly in the No.20 Bitnile Chevrolet starts the race from 20th place with a time of 58.4398s and speaking following the action he commented saying:

We just didn’t have enough today. It’s tough with these group sometimes, with the separation and differences between them. Overall, I don’t think our run was bad, it’s just super close here. It’s great to be in such a competitive series. When you are next to two guys that are literally fighting for the championship and you’re right with them, not transferring, it’s crazy! Today, we weren’t on the right end of it so we will work on it for tomorrow