A Strong Day In Portland For Rossi 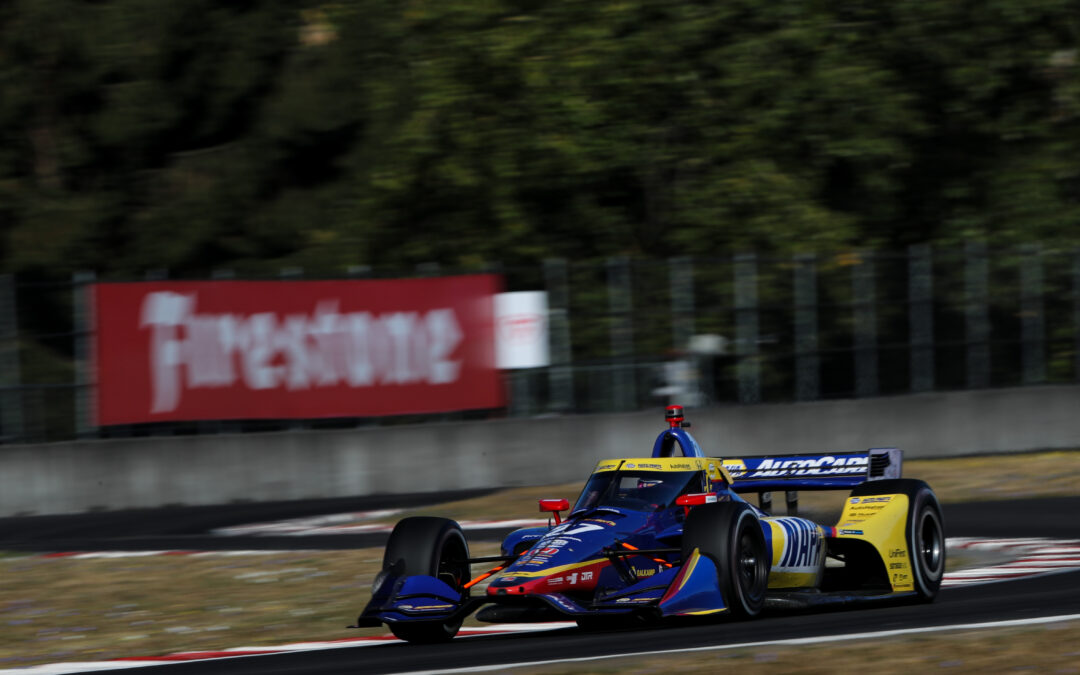 Andretti Autosport’s Alexander Rossi in the No.27 NAPA Auto Parts Honda had a great qualifying for the Portland Grand Prix as he will start the 110 lap race from second place on the grid following a time of 58.8573s and speaking following the action he said:

“The final lap of qualifying was the best lap we had all day. I can’t say that it was the best all weekend because it’s just a two-day event. It was a good lap for us. We didn’t have the advantage of testing here because we chose to test at Laguna (Seca) instead, so the effort from the Andretti Autosport team to get two cars in the (Firestone) Fast 6 is really good. Ultimately, I’m happy with the car that we have. The NAPA AUTO PARTS/AutoNation Honda has been good from the start. The confidence is there and it’s going to be interesting to see what’s to come of the tire sequences tomorrow. Obviously, we already saw some of the strategies in the pits. It’s a good result for us and we’ll see what happens tomorrow.”

Colton Herta in the No.26 Gainbridge Honda starts the race from sixth place with a qualifying time of 59.2796s and speaking following the action he said:

“I thought that qualifying was going to end up being better for us, but unfortunately it just didn’t play out the way we wanted it to. I think we probably should have seen that from Q2 when everyone went out on used (Firestone Alternate) reds, but I still thought there would be a 58-second lap on (Firestone Primary) blacks. It just didn’t happen. It’s still a good starting spot in sixth. The Gainbridge car seemed decent and to have really good pace, so I think we should be looking good to move forward tomorrow.”

James Hinchcliffe in the No.29 Honda starts the race from 13th place with a 59.2537s and speaking following the action he said:

“We weren’t super happy with the (Firestone Alternate) reds in practice this morning. We didn’t get an honest run on them with such a short track. We are under two miles here and with 20-something cars, it was impossible to get a clear lap. It wasn’t just us dealing with that and we didn’t have a lot of confidence in what we had on the red tires. We figured the best chance we had was to do the reds back-to-back and feel what the car was doing and try to move up. I think it was a good strategy and ultimately, we had a couple laps going that would have been just good enough. Three or four-hundredths would have put us into Round 2. It just sucks being on the bad end of that. The Capstone Green Energy car gets better every time we go out, but we only got in a few runs in before we went into qualifying.”

Ryan Hunter Reay in the No.28 DHL Honda suffered an engine change and as a result, he will start the race from the back of the grid in 27th place and speaking following the action he said:

“Unfortunately, we were only able to take part in Practice 1 today. We had some electrical issues that resulted in an engine change. The guys did a great job thrashing all day, throwing wire looms at it, boxes and everything else. It was pretty much everything we could do except for the engine change and that kept us from practicing. At the end, we got a warm-up out of it. I actually got to feel the car and find my way around this place before the race. It’s all in front of us tomorrow, the whole grid included, so we’ll have our head down and hopefully move through it.”