A Strong Race For Ilott At IMS 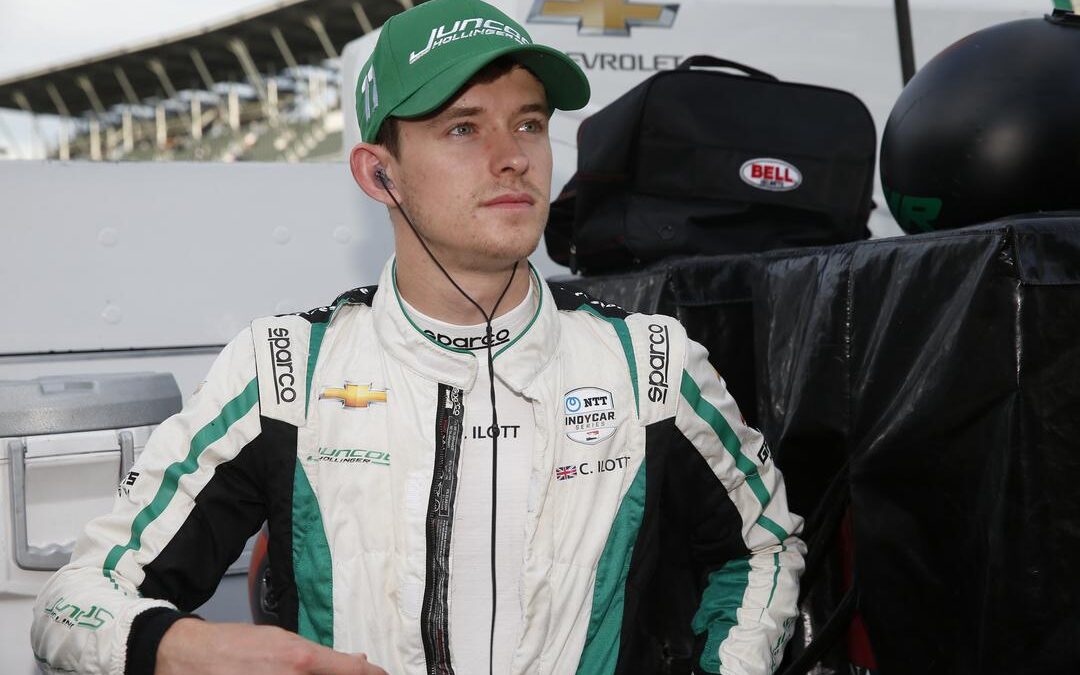 Juncos Hollinger Racing’s Callum Ilott in the No.77 Chevrolet started Saturday’s Gallagher Grand Prix of Indianapolis on the IMS road course from 19th place on the grid and came through to finish the race in P14.

It was quite a tough race, we ended up 14th after I ran out of fuel crossing the line, so I lost one position. “During the first half of the race, the track was low grip, and it was really taking a while to get the car to work, and I was struggling to get past other cars. We had good pace in clean air, but I was always stuck behind someone. Once we ended up getting some free air during the last run, we had strong pace and we were catching Pato (O’Ward), but then I had to go into fuel mode and be ecofriendly and try and save it so it was a bit unfortunate. I almost caught him and then I almost didn’t finish. Overall, it was a great result to end with in P14 from P19.”

This weekend we faced some ups and downs. “We are happy because we finished P14, but we know we could have fought for the podium this weekend. We were so fast in practice and qualifying as well, but we just couldn’t put the lap together at the end of qualifying. If you make a small mistake, you pay a big price because everything is so tight here. We had a tough race and a tough position at the beginning, but we were running times as the same as the leader laps, so the pace was there. A fantastic job from Callum once again. We went from being at one-point P22 to finish P14. We ran out of fuel crossing the line, playing the fuel game like so many others. We could have easily finished 13th but lost it by one nose. It’s hard to make it to the front without many yellows in the conditions we were running, so we can be proud of how we finished. We wish though that our result reflected what we can actually do as a team and the pace we have. We learned a lot here as a team with the strategy and communication. We thought we had the fuel to finish to the end, but we didn’t so we have some things we need to learn and that’s part of the process in our growth as a team.

Juncos went on to say:

Once again thank you to the team, the engineers continue to put together a fast car for Callum. “I want to thank Callum for his great drive this weekend throughout each session. As a team we are running times as the leaders of the championship, so we have a lot to be proud of especially since we are a one car team, and this is Callum’s rookie season. A huge thank you to all of the sponsors who came here this weekend. We had a great crowd and incredible support from everyone. We will continue to push forward and look forward to finishing off the season strong.

Next up is the Music City Grand Prix of Nashville which takes place next Sunday.