A Strong Recovery For Rossi At Barber Motorsports Park 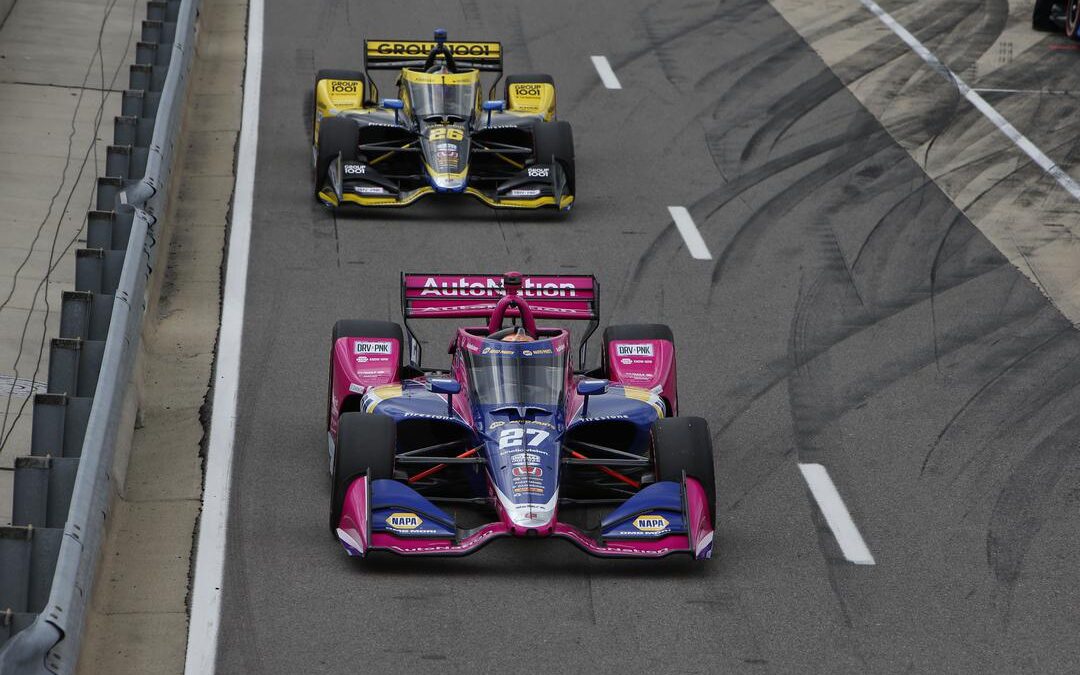 Andretti Autosport’s Alexander Rossi had a very dramatic Saturday at Barber Motorsports Park as he crashed heavily in practice in the morning giving the team three hours to get the car put back together and the engine swapped out which saw the entire team chip in to get Rossi out in Group 1 qualifying and sure enough he found the speed he had in practice and will roll off from P5 in the No.27 NAPA Auto Parts AutoNation Honda. Speaking following the action he said:

“I’m so grateful to the whole Andretti Autosport organization. It wasn’t just the No. 27 guys, there were guys from all my teammate’s cars and Honda employees that worked on the car. It was a thrash but we got it done. I’m appreciative of their work. Obviously, we knew the pace had been good all weekend. I wish I could have got pole, but I’m fine with fifth. We’ll take it. We’ll go back and see where the car is actually at and go from there.”

Romain Grosjean had a solid start to the weekend in practice however, he struggled in qualifying and will start the race from eighth place and speaking following the action he commented saying:

“Qualifying didn’t quite go to plan. We lost a bit of grip in comparison to practice. We found it again in the final practice, so I feel positive for tomorrow. This is not an easy track to pass on, but I’ve got a really good car that’s been fast all weekend.”

Colton Herta in the No.26 Gainbridge Honda had a strong start to the weekend just like Grosjean but will start the race from P10 and speaking following the action he said:

“I’m a little upset with qualifying. I thought we had the pace to get pole and have a really good car for the Firestone Fast Six. Unfortunately, a red flag came out and cut us off on our fastest lap. The No. 26 Gainbridge car is fast and we should be good for tomorrow.”

Devlin DeFrancesco in the No.29 PowerTap Andretti Steinbrenner Autosport Honda starts the race from 20th place and speaking following the action he said:

“The Andretti Steinbrenner No. 29 PowerTap Honda was looking alright to make the cut, but a red flag came out and ended the session early. So we just have race prep and pit stop practice now. The boys are very fast in the pits; hopefully, we can get a good result tomorrow.”