A Top Ten Finish For Sato In Long Beach 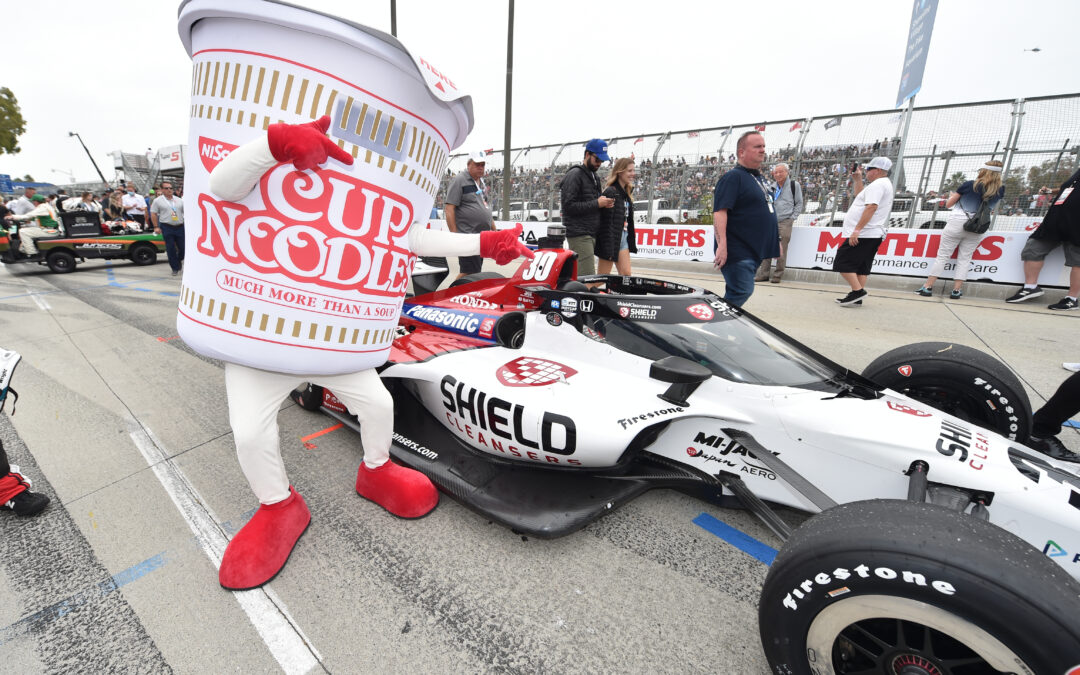 Rahal Letterman Lanigan Racing’s Takuma Sato in the No.30 Panasonic Shield Cleansers Honda starts Sunday’s season-ending Acura Grand Prix of Long Beach from 16th and made his way up to 11th Ave by the end of the opening lap and came in ninth place in the 85 lap race.

“It was a tough, long race and we finished 9th today so a top-10 finish. The boys did a great job. I think we had a really good start and then a couple of yellows and we were in really good shape. But I think on the third yellow we basically got caught and lost a bunch of positions. After that we tried to recover a lot. We trimmed today and obviously the car was really sketchy and all the way we fought really hard. The 30 boys did a fantastic job, thank you everyone for your support all year long.”

Graham Rahal in the No.15 TOTAL Quartz Honda started the race from 19th and moved up to 18th following Pato O’Ward’s spin as a result of contact with Ed Jones.

Rahal ended the race in 16th place and speaking following the action he commented saying:

The Acura Grand Prix of Long Beach has come to a close, and that also means the season has come to a close. So first off I want to thank all of our guys. Our team did an amazing job this year to put their heads down and to move forward frankly. I think in a lot of areas we improved this year as a team. Our performances got better, even this weekend we did not start competitive and I think we ended up with the fastest race lap. That doesn’t mean much when you finish 16th, but it shows improvement. It shows when we come back here we know what to do to move ourselves forward. All that being said, I’m super proud of our organization for all that they’ve done. Thank you to our sponsors, they are the heart and soul of this team and they keep us going. We couldn’t be more grateful to each and every one of you, United Rentals and everything we’ve done for Turns For Troops, Total Quartz our sponsor here at Long Beach, Fifth Third Bank, One Cure, Fleet Cost & Care, Hy-Vee, Code 3 and congrats to Honda on a job well done. I think Honda pretty-well dominated this championship start to finish, so I’m super proud of them as well.
“To get into the race today, the first yellow we decided to pit. Normally INDYCAR by the rules, when they open the pits, they never go green the next lap. They changed the rules today and that is what it is, we have to be prepared for that and unfortunately yet again just like the Indy GP, take one, we started 15-20 seconds behind the pack. Things were shaping up quite well actually for us to maybe even creep towards P10 until Oliver’s yellow with Conor. That pretty much put a dagger in our race. From there we were able to make up four or five spots after the restart but just not quite enough. In the end, it was certainly a strong year for us. We’re going to put our heads down and figure out how to be better as we go forward, how to improve the team, how to get more competitive in all phases, and come back strong for next year. We were P7 in the championship, congrats to Alex on the championship, and we’ll focus on being a tough challenger and competitor next year.”

Oliver Askew in the No.45 Hy-Vee Honda started the race from 28th place after being penalised for impeding Romain Grosjean during qualifying and in the race he was caught up in an incident with Ed Carpenter Racing’s Conor Daly and came home in 22nd place.

It was definitely a weekend to forget, but nevertheless it was an honor to be racing here for the first time and for Rahal Letterman Lanigan in the Hy-Vee No. 45. It was a great opportunity for me to race here and we got some really good showings in the races in the past but not so much this weekend. We’ll put it behind us and it was a good experience to be on this course. It’s been phenomenal working with everyone at RLL, onto the off-season now and to figure out what happens next year.
(On incident with Daly:) “I was on cold tires out of the pit lane, and I knew we were fighting for position there so I was going to be really aggressive, he was being really aggressive, and I was in the marbles all the way down the straight away and didn’t have the braking grip heading into Turn 9 there. You can always look back and probably could have done something different. I put him in a bad place, and ultimately took us both out I think, but I think it was a hard racing incident and sorry to him.”