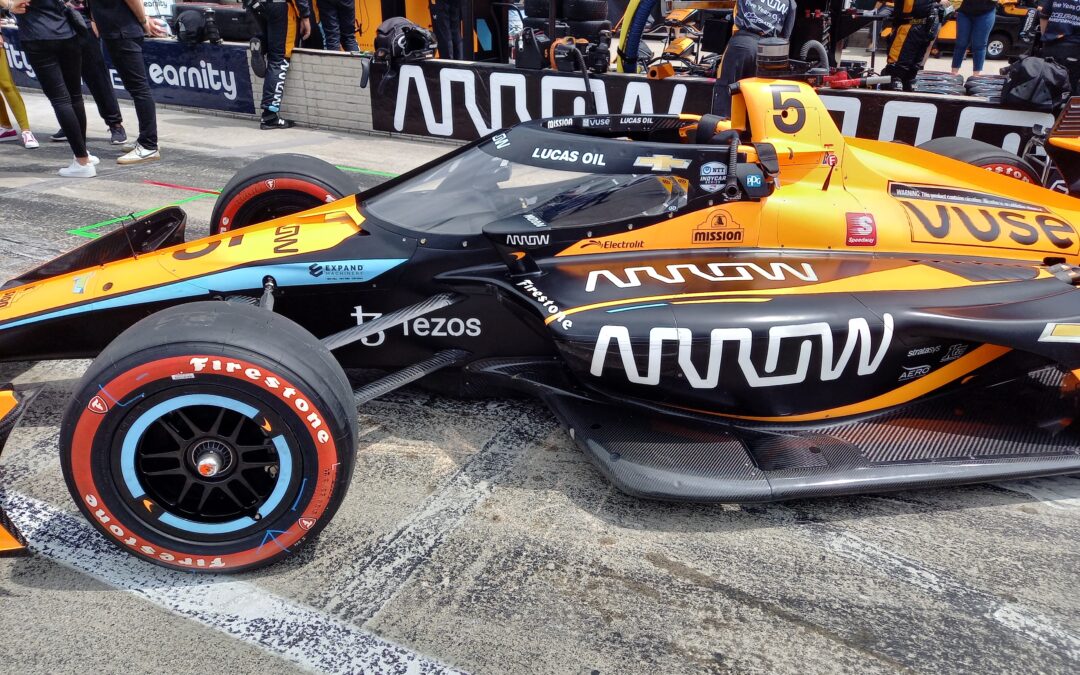 Arrow McLaren SP’s Pato O’Ward in the No.5 Arrow McLaren SP Chevrolet rounded out the top ten in the opening practice session of the Sonsio Grand Prix of Road America presented by AMR at the Road America circuit on Friday with a time of 01:46.3426s and speaking following the action he commented saying:

“Bit of a tough start here at Road America. We came to this track with a new philosophy, which hasn’t played out quite like we expected it to. We have some work to do tonight to find out where we are lacking because the balance doesn’t feel too bad. We just aren’t as fast as the lead cars.”

Felix Rosenqvist in the No.7 Vuse Arrow McLaren SP Chevrolet was 12th fastest with a time of 01:46.5185s and speaking following the action he said:

“Today wasn’t the best practice session. We were better on the black [tires] than the red [tires]. We weren’t quite there with the balance. I think we have work to do, the cars just didn’t quite feel 100 percent right. We will look at it overnight and come back stronger tomorrow.”

Very excited to be back at Road America. It’s a great event. The circuit is fantastic and it’s one of our favorite places to come. We had great weather today, the temps were as good as they are probably going to be all weekend, so we tried to take advantage of the practice session.

“We are close but we aren’t quite where we want to be. We need to find some lap time overnight, which I’m confident we will do. The cars are good, they’re just not great. That’s the challenge overnight, to make sure we make good changes because we don’t have time with the schedule tomorrow to change again. The engineers will dig into it tonight, make some good changes for tomorrow, and we should be in the fight.