A Tough Race Ahead For Aston Martin 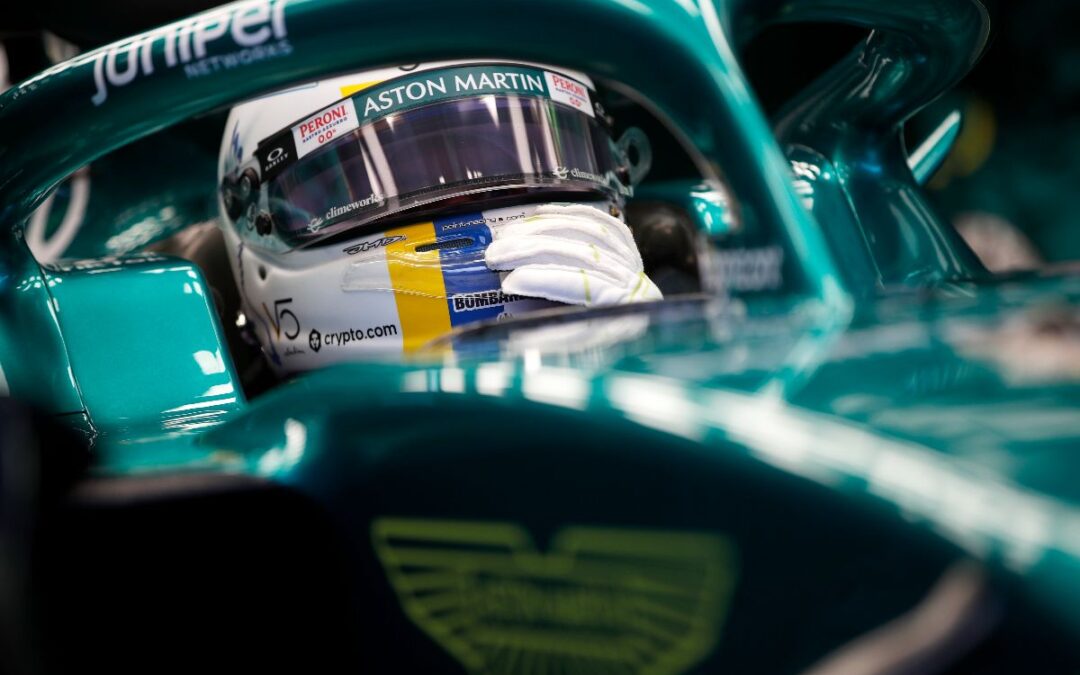 Sebastian Vettel started the race from ninth place and finished the event in 13th and speaking following the action he said:

“It was a shame that we were not able to hold onto a top 10 position, but I think the Safety Car did not help us and we struggled with some graining on the Soft tyres late on. I managed to defend strongly in the first few laps, which created a train of cars behind me. Mick [Schumacher] had the advantage of being on the Medium tyres and, once he got past, I lost a few positions quite quickly. I just did not have the pace to hold on. The Sprint always allows you to learn a lot about the car and what to expect in the main Sunday race. One thing we saw today is that the Soft tyre will not be the preferred compound tomorrow.”

Lance Stroll started the race from 15th and that is where he will start the race from and speaking following the action the Canadian commented saying:

We did everything we could today, but we just did not have the pace to make up significant ground. I enjoyed battling with Lewis [Hamilton] – he kept me on my toes! I have enjoyed having the Sprint format return because it is a great challenge to have just one practice session before qualifying on Friday and then racing on Saturday. It helps spice things up a bit. Now, though, we will go away and look at the data to see where we can improve for tomorrow. There is a chance of mixed weather conditions, so, hopefully, we will get a bit of rain and the race will come to us.

With our current performance we knew going into today’s Sprint that it was going to be difficult for Sebastian to stay in his starting position. And, given the strength of DRS around this track, he was then powerless to resist the attacks from behind. He fell back a couple of places and will start tomorrow’s Grand Prix from 13th. Lance was unlucky in qualifying yesterday and got stuck in a long train which meant he was unable to make progress. As a result, he finished where he started – in 15th. This was an eventful first Sprint of the season, with plenty of racing up and down the whole field, and there is still plenty to play for in tomorrow’s Grand Prix.