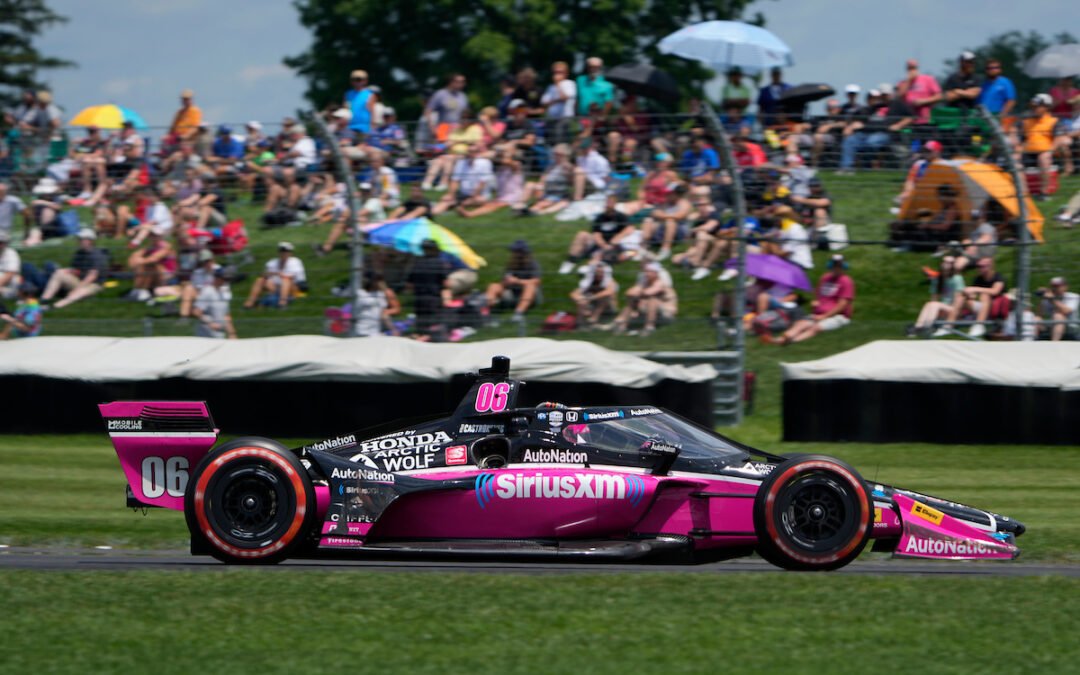 The Meyer Shank Racing team endured a tricky Gallagher Grand Prix on the IMS road course on Saturday as Helio Castroneves in the No.06 Sirius XM AutoNation Honda came home in 18th place and speaking following the action he commented saying:

“With the No 06 SiriusXM / AutoNation car, we started really well and I had an opportunity on the back stretch with Will (Power) and (David) Malukas. It was incredible, and I don’t know how it wasn’t a big accident. We were about to scuff it out and I was back at 15th or 16th. Then, we had a good strategy trying to save fuel, which was working out, but unfortunately, the yellow came out and that caught us out. I had a penalty as well, that was my bad, and I hit the No. 14 car. So, we lost another 10 seconds. So honestly with all this craziness, 19th is bad but it’s not bad to be honest because it could be much worse. Great job everyone here, and we’ve got to keep going with the process and move forward.”

Simon Pagenaud in the No.60 AutoNation Sirius XM Honda suffered a mechanical issue and ran out of fuel just ahead of his second pit stop speaking following the race he commented saying:

“The silver lining is that we had the fastest lap of the race today! There are a lot of positives but it doesn’t show in the result. We have made major improvements on the car for our road course package and I’m very excited for when it will all pay off in the end! Maybe Nashville!?”