A Tricky Qualifying For Rahal In Long Beach 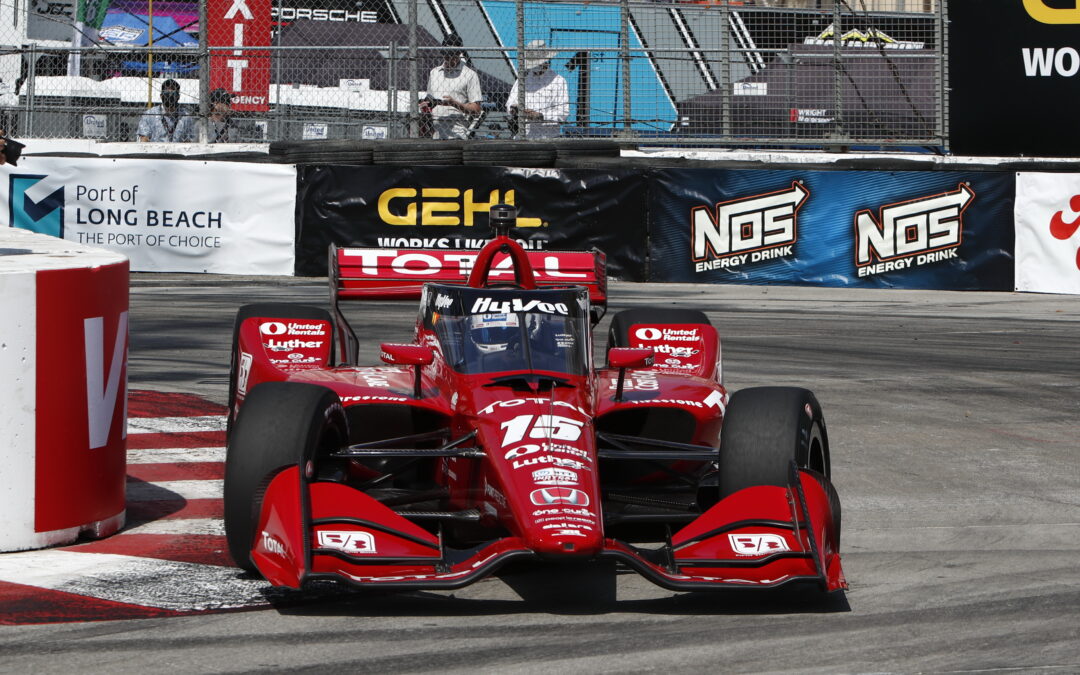 Rahal Letterman Lanigan Racing’s Graham Rahal in the No.15 TOTAL Quartz Honda endured a tricky qualifying for today’s season-ending Acura Grand Prix of Long Beach as he rolls off from 19th with a time of 1:09.3998s.

Rahal was on target to go fastest in his group until he was foiled by a red flag caused by Jack Harvey’s crash.

We actually ended up with the fastest lap time of our teammates but unfortunately in Group 1 it didn’t count. As Harvey actually crashed behind me, but when he crashed behind me they called the red, so I didn’t get to complete the lap. So unfortunately, we’re going to start 19th, which is not very good at all. We’ve struggled all weekend, it’s been no secret. What surprised me was to see Takuma and Oliver not be able to go quicker. I thought that they would have a good chance to improve based on the information that we relayed. We’re going to work hard to get the Total Quartz machine to the front.”

Takuma Sato in the No.30 Panasonic Shield Cleansers Honda starts the race from 16th with a time of 1:09.3814s and speaking following the action he said:

“In qualifying we had more temperature. It was nice and sunny, a great atmosphere but unfortunately it somewhat affected our balance and grip level so we struggled in the car. It started fighting and then we just couldn’t get great speed. But I think we have good pace, there’s some indication of good pace on the longer runs as well as with primary tires with my Q1 speed. Hopefully tomorrow’s warmup we will work hard to get the car speed up and hopefully we have a competitive day tomorrow.”

Oliver Askew in the No.45 Hy-Vee Honda in his final outing for the team starts the race from 28th place and speaking following the action where he set a 1:10.0178s Askew said:

It was not the greatest qualifying for us on the No. 45 Hy-Vee car. It was very difficult out there. We missed the setup a little bit and unfortunately didn’t advance into the fast 12. Then a miscommunication caused us to get a penalty for impeding another car so we just need to put it behind us now and move on to tomorrow.”