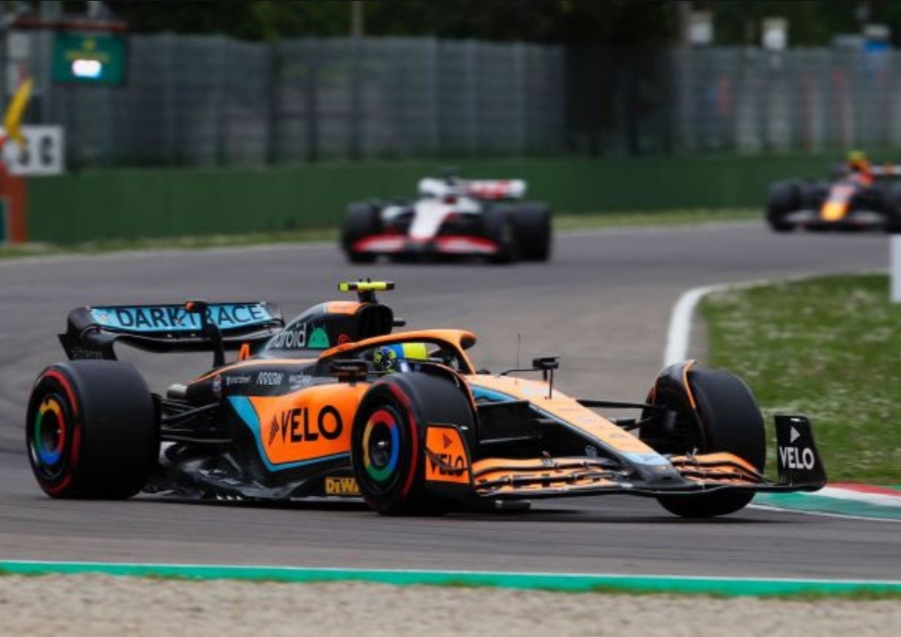 The McLaren Racing Formula One Team had a strong Sprint race on Saturday at the Emilia Romagna Grand Prix at the Imola circuit in Italy. Speaking following the action, McLaren Team Principal Andreas Seidl said:

A very good result today, with both cars in the points but also good starting positions for tomorrow’s Emilia Romagna Grand Prix.

“P5 for Lando and P6 for Daniel was the best that we could do today. It is a good recovery after a difficult start to the day, with Daniel not able to run in FP2 after the team found an issue on the car, and Lando missing most of the session with a brake system issue. My thanks to the whole team here at the track, supported by the factory, and our colleagues at Mercedes HPP for the hard work today. We have another evening of hard work ahead, as we prepare to do it all over again in what we expect to be an exciting race.”

Lando Norris started the race from third place and will start Sunday’s main event from fifth place and speaking following the 21 lap event he said:

A tough Sprint! I just didn’t have the pace to keep up with the guys in front, but we got the best result we could today and a few points, so I’m happy. We’ve got a good position for the race tomorrow, we can fight for some more points from P5. There’s a few things to try to work on and figure out tonight, apart from that, I’m happy.

Daniel Ricciardo in the second McLaren started the event from sixth and that is where he will start Sunday’s Emilia Romagna Grand Prix at the Imola circuit from sixth place and speaking following the action he said:

“I didn’t really know what to expect for the Sprint because we haven’t really had dry running this weekend. With the issue in practice this morning, it was really just a ‘go out and see what we got’ situation. I felt like I had a good start, so I was looking ahead. I got Fernando [Alonso] early and was looking to get Kevin [Magnussen]. But by the time we got to the braking zone I ended up sandwiched between Kevin and Sergio [Perez] going into the braking zone and made we made contact. Luckily there was no damage. I tried to settle into a rhythm, and I think we struggled a bit towards the end with the tyres but other than that it was pretty good and we scored some points. I think we had a bit more to show, but I’m looking forward to tomorrow. It should be good.

The McLaren Formula One Team claimed seven points for the Constructors championship.