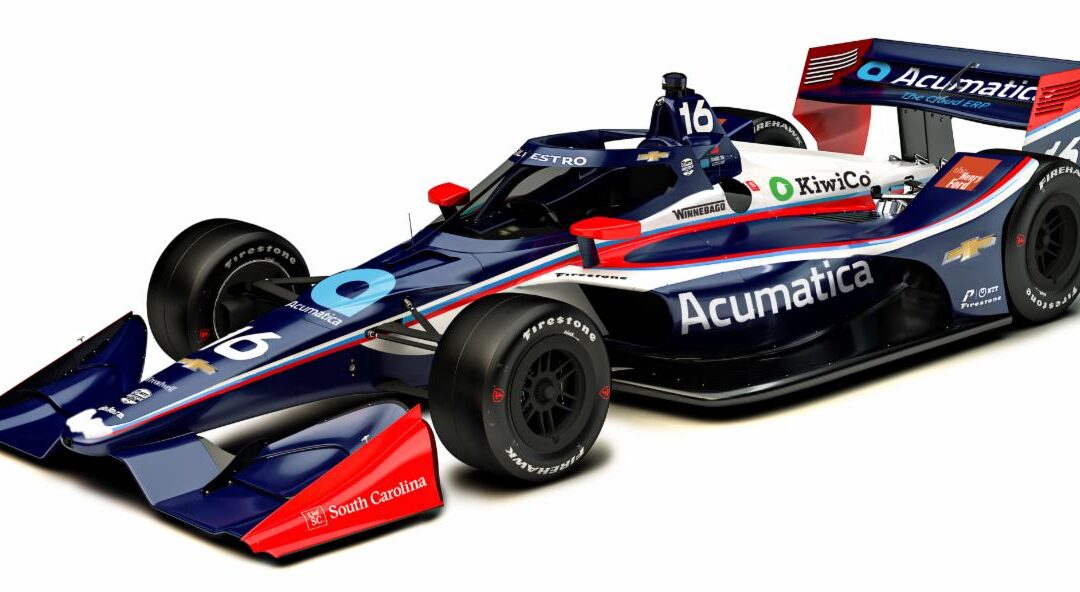 Paretta Autosport, the female-forward NTT IndyCar Series team who are competing in three races during the 2022 season announced on Tuesday that cloud ERP company Acumatica will serve as the primary sponsor to Simona De Silvestro’s Chevrolet-powered Dallara for this weekend’s Music City Grand Prix on the streets of Nashville.

“Acumatica is a perfect company to sponsor the Paretta Autosport car at the Music City Grand Prix. “Like us, Acumatica is passionate about deepening its diversity, equity, and inclusion initiatives. We’re proud to manifest those efforts on the racetrack to inspire others. We look forward to welcoming them to our team and to INDYCAR racing.”

The team has been in a technical partnership with Ed Carpenter Racing this season and Simona De Silvestro will once again work alongside Conor Daly and Rinus VeeKay for this weekend’s race.

“We’re thrilled to sponsor Paretta Autosport at the INDYCAR Series Race in Nashville. “We are laser-focused on our AcumatiCares program, which aims to make the world a better, more inclusive place. Paretta Autosport’s commitment to training the next generation of women in STEM resonates deeply with us as we seek to create opportunities for women in our industry.”