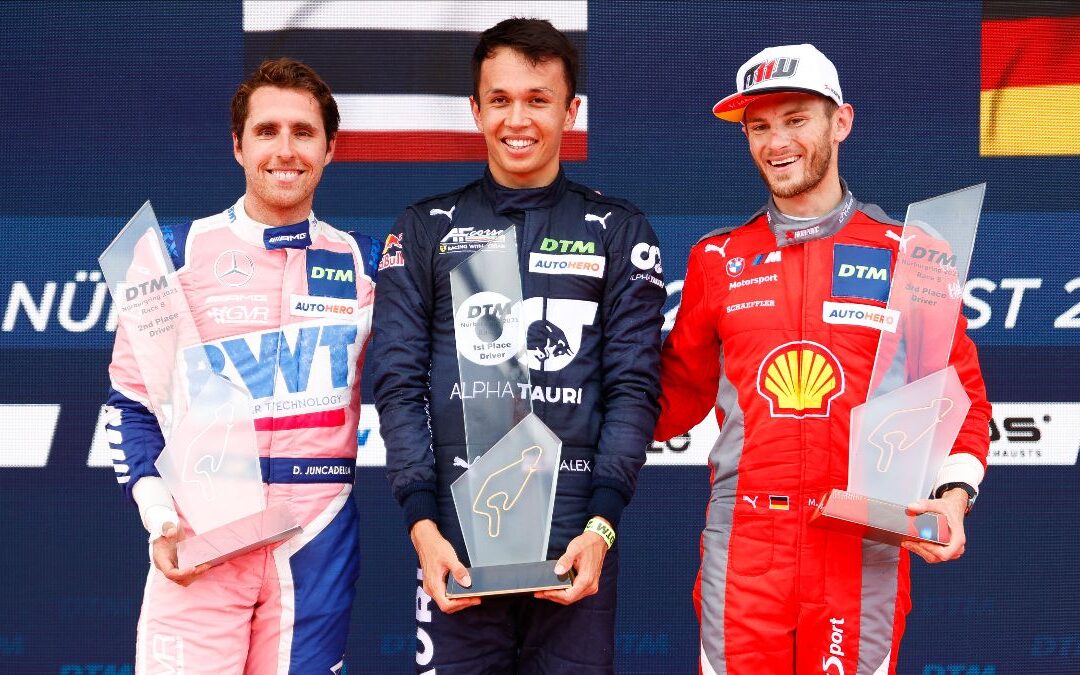 The Williams Racing Formula One and Alfa Romeo Racing ORLEN Formula One Team’s are reportedly interested in signing Alexander Albon.

Red Bull Racing Team Principal Christian Horner confirmed on Friday as Formula One prepares for the Dutch Grand Prix at Zandvoort that the team has been approached about signing the recent DTM race winner for 2022.

It is looking increasingly likely that George Russell will replace Valtteri Bottas at Mercedes in 2022 with Bottas in turn replacing his compatriot Kimi Raikkonen who announced his retirement earlier this week at Alfa Romeo Racing ORLEN.

It is possible that Alex Albon could also join Valtteri Bottas at Alfa Romeo next season sealing his return to Formula One.

Paddock Eye understands that an announcement will be made ahead of next weekend’s Italian Grand Prix.