All You Need To Know About The Indy 500 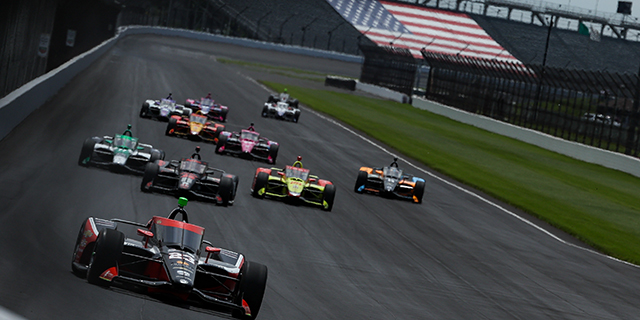 Firestone tire allotment: Thirty-four sets for use throughout the event.

The Indianapolis 500 will be the 106th 500-mile INDYCAR SERIES race conducted on the Indianapolis Motor Speedway’s oval. Ray Harroun won the inaugural race in 1911. Helio Castroneves won the race in 2021 to become the fourth four-time winner of “The Greatest Spectacle in Racing.”
Eight drivers entered have won the Indianapolis 500. Helio Castroneves has won the race four times (2001, 2002, 2009 and 2021) while Takuma Sato (2017 and 2020) and Juan Pablo Montoya (2000 and 2015) have won twice. Scott Dixon (2008), Tony Kanaan (2013), Alexander Rossi (2016), Will Power (2018) and Simon Pagenaud (2019) are the other former winners in the field.
There have been four different winners in the first five NTT INDYCAR SERIES races this season. Scott McLaughlin (Streets of St. Petersburg), Josef Newgarden (Texas Motor Speedway and Streets of Long Beach), Pato O’Ward (Barber Motorsports Park) and Colton Herta (IMS road course) have won races in 2022. The record for most different winners in a season is 11 in 2000, 2001 and 2014.
Seven Indianapolis 500 rookie drivers qualified for the race: Devlin DeFrancesco, Romain Grosjean, Callum Ilott, Jimmie Johnson, Kyle Kirkwood, Christian Lundgaard and David Malukas.
Scott Dixon won the pole with the fastest four-lap average for a pole winner in Indy 500 history at 234.046 mph. Twenty-one drivers have won the race from the pole – most recently Simon Pagenaud in 2019.
Team Penske has 18 wins at Indianapolis Motor Speedway, the most of any team. Andretti Autosport has five wins while Chip Ganassi Racing has won four times. A.J. Foyt Enterprises and Rahal Letterman Racing have won twice. Meyer Shank Racing has one win.
Colton Herta has a chance to join Will Power and Simon Pagenaud as a winner on both the Indianapolis Motor Speedway road course and the famed 2.5-mile oval in the same season. Power accomplished the feat in 2018, while Pagenaud did it in 2019.
Scott Dixon, the longest-tenured driver for Chip Ganassi Racing, is third on the all-time INDYCAR SERIES victory list with 51 wins. Will Power is fifth on the all-time list with 40 wins.