Alpine Finish Fourth In The Championship 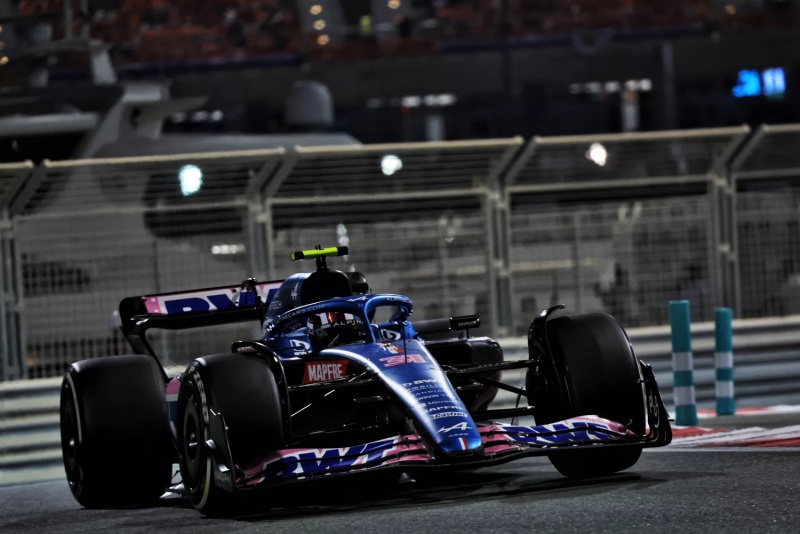 The Alpine F1 Team was celebrating in Abu Dhabi on Sunday night after the Enstone-based outfit finished the 2022 season in fourth place in the Constructors championship on 173 points. Esteban Ocon ended the race in seventh place in the race and speaking following the event, the Frenchman commented saying:

I would like to say a massive congratulations to the whole team, here trackside and at the factories in Enstone and Viry, for claiming fourth place in the Constructors’ Championship. It’s been a long and intense season and it feels good to have reached the goal we set at the beginning of the year. On my side, it is the best points finish of my career, so that is very satisfying. In terms of today’s race, seventh place is a great result and, with one more lap, it could have been sixth as I was catching Lando [Norris] at the end. I have enjoyed the last couple of years with Fernando and I wish him all the best for next year. He will always be a legend of this team and, of the sport, and I look forward to racing him on-track next season. Now it’s time for a break before getting back to work to prepare for next year.

Fernando Alonso ended his association with the Enstone-based outfit in disappointing fashion as he was forced to retire from the race with a suspected hydraulic issue having started the race from tenth place. The two-time world champion moves to the Aston Martin Aramco Cognizant Formula One Team for the 2023 season replacing the retiring Sebastian Vettel.

Unfortunately, it’s another retirement for us today after we were fighting for the points and looking quite comfortable. Importantly the team finished fourth in the Constructors’ Championship, which was the goal coming into this weekend, so well done to everyone at the team on achieving this target. Even though it’s a goodbye to the team after this weekend, I will always think of Alpine with good memories. I spent nine years of my life with this team and won two championships in the past with Renault, so I wish them well for the future.

Otmar Szafnauer, Team Principal was delighted with how his first season as team boss went saying:

“Firstly, congratulations to all at BWT Alpine F1 Team on this fantastic achievement of securing fourth place in the Constructors’ Championship. This was our target at the start of the year and we certainly deserve it after showing a strong level of competitiveness on a regularly basis to pick up frequent points at most races. This is all credit to the entire team across Viry and Enstone who have done a marvellous job to deliver a fast race car. Of course, we’ve had some high moments and some low ones, but these experiences are all part of our journey and we will continue to learn, develop and grow as a team. I’d like to extend a message of thanks to Fernando for his efforts throughout the campaign and for delivering some performances that we’ll all remember forever. We wish Fernando the best for his future. Well done to Esteban on achieving his joint best finish of his career in the Drivers’ Championship and we look forward to seeing what he can do next year. Right now, the entire team deserves some time off after a long season and I’m sure we’ll return in 2023 feeling fresh and determined to go again and continue meeting our objectives.”

Laurent Rossi, CEO of Alpine commented on the 2022 Formula One season saying:

“Congratulations to the entire team on achieving fourth place in the Constructors’ Championship after a very hard-fought season. We knew the campaign would be challenging across many aspects, not least with such significant rule changes and a completely new sheet of paper in terms of car design. Thanks to everyone at Enstone and Viry for bringing a high rate of development to the package to ensure we could make strong progress throughout the year. Achieving fourth place was our objective for this year so it’s extremely satisfying to tick that box and meet this milestone. Everyone at Alpine remains hungry and determined to take this achievement as a stepping stone for next season where we want to maintain our trajectory towards the front of the grid. For now, we’ll enjoy some time off over the off-season and return next year with our eyes firmly looking forwards. Finally, a special thanks to Fernando for his outstanding achievements at the team over the years and we wish him well on the next chapter of his career.”