An Amazing Result For Us 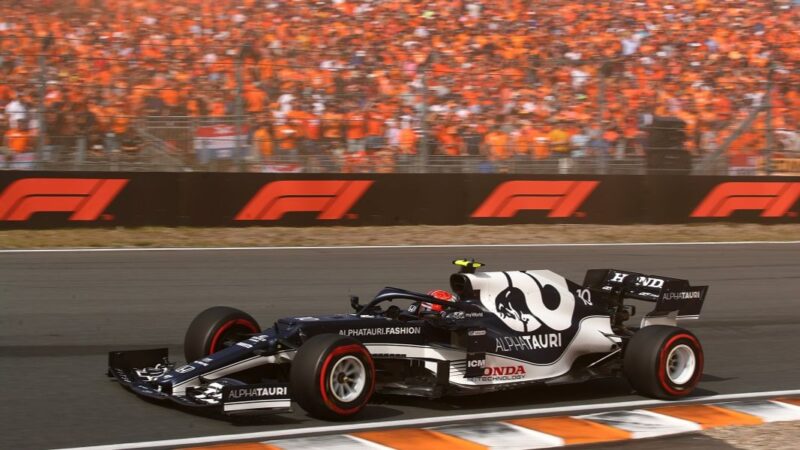 Scuderia Alpha Tauri’s Pierre Gasly was delighted with how the Dutch Grand Prix went for him on Sunday. Starting the race from fourth place on the grid the Frenchman managed to hold station and came home in fourth place to end the event best of the rest behind Max Verstappen and the Mercedes duo of Lewis Hamilton and Valtteri Bottas.

“P4 is an amazing result today, I don’t think we could really hope for much better and it’s 12 important points for us. I really enjoyed all 72 laps here in Zandvoort, it’s a fantastic track. I had fun today, I’m really pleased with everything, the car is really fast and I managed to get it set-up just the way I wanted. The team did a fantastic job throughout the weekend and today we were flying! I’m obviously very excited to get back to Monza after last year and obviously the expectations are very high. We’ve clearly maximised our package this weekend, so it’ll be interesting to see how it performs next weekend in Italy.”

Yuki Tsunoda had a disappointing race as he was forced to retire from the race with a PU failure and speaking following the action he commented saying:

“Today’s result is disappointing of course, we saw an issue on the PU data and unfortunately had to retire the car. Up until that point the race was going quite well and the pace of the car was there, but it was hard to overtake. I’ve got to look forward to Monza now, I have some experience on that circuit which is good. I’m going to take the same approach as this week, slowly building up the pace and hopefully we can put it all together next week.”

Firstly, big congratulations to the organisers of this event. It was fantastic to see the fans in the grandstands and their celebrations across the entire weekend, starting from Friday. Likewise, congrats to Max Verstappen, Red Bull Racing and Honda, they’ve dominated this Grand Prix.

From our side, we’re also quite satisfied because Pierre did a fantastic job this weekend. The team managed to give him a strong car, even yesterday for Qualifying where he secured P4. He then managed to keep this position all the way to the chequered flag in today’s race. It was a very good job by Pierre, so a huge well done to both him and the whole team for this great result. As for Yuki, his car suffered a technical failure on the drivetrain during the race and we had to retire the car. We need to go away and investigate the cause of this issue. We are now looking forward to Monza, after this fantastic event here in Zandvoort.

Alpha Tauri head to their home race in Monza next weekend in sixth place just six points behind the Alpine F1 Team.