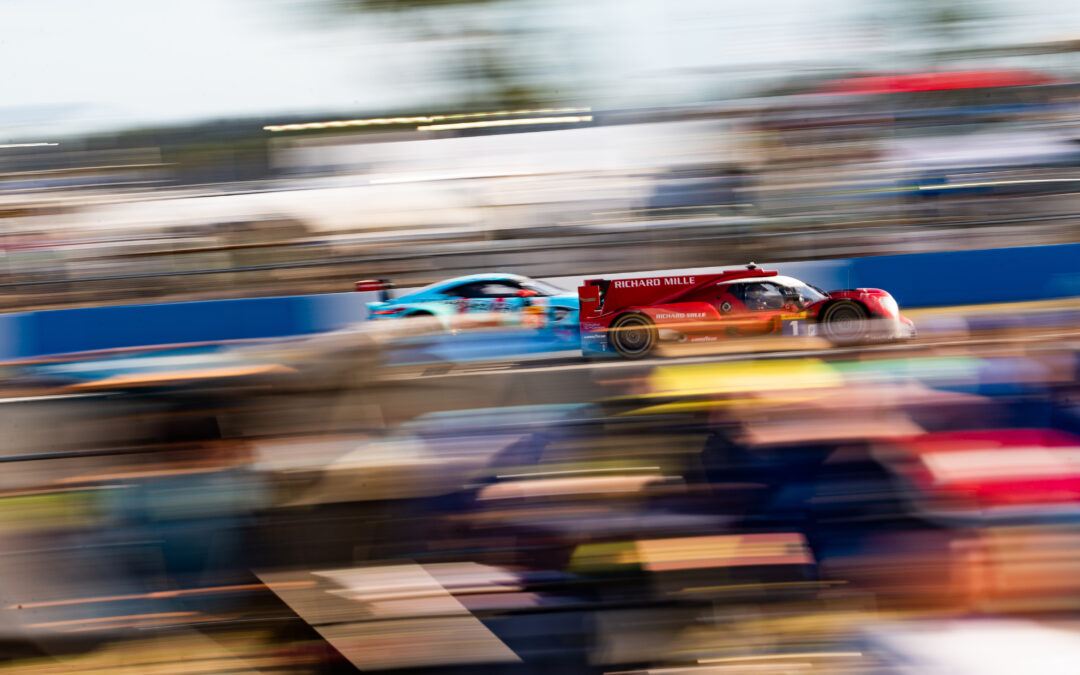 The Richard Mille Racing Team endured a tricky start to the 2022 FIA World Endurance Championship season at the 12 Hours of Sebring over the weekend.

At noon Friday, Charles Milesi started fourteenth in the thirty-six car field. The Frenchman made an excellent start, gaining a position on lap one before continuing his ascent to seventh place in the LMP2 category.

Just after the opening hour of the race, Lilou Wadoux took over. Consistent and meticulous in the first two stints of her endurance career, she kept the N°1 Oreca-Gibson in the top ten before handing over to Sébastien Ogier. The latter was not spared on his debut and had to return to the pits earlier than scheduled to change the right-hand side tyres after experiencing severe vibrations due to a wheel lock-up. The eight-time world rally champion continued his learning process until the red flag brought by a spectacular crash for an Hypercar. After a long intervention, the race resumed for three hours and forty-four minutes, with the event being completed within the eight-hour time limit.

“The start was less chaotic than I expected, and I was soon able to create opportunities in lapped traffic and the pits. Even though I am sure that we did not show our full potential in terms of performance, we can be satisfied that we avoided mistakes and made some good stops. However, we need to continue our work to prepare for Spa-Francorchamps, which is a very different circuit to Sebring. It is just the beginning of our adventure, so we can only improve. Lilou and Sébastien have had a very encouraging start and now have a first feel for the car and tyre degradation during the race. This experience can only be useful for the next few races.”

This race was not a smooth one! I can’t say that I am satisfied with my first two stints. I wasn’t comfortable with the brakes. I blocked the right front wheel, and the flat tyre compromised my whole stint as I had to make an early stop. My second double stint went better even though it was interrupted a lot. At least I was able to go through the different procedures! It is a shame that the race ended as it did just before Charles got back in the car. It would have been interesting to see what he could have done. All the same, I put in a lot of laps and gained experience. We will try to analyse all that and use it for the next few races. We are eager to do better in the future, so let’s not be worried and take all the positives from this week and move forward.

“My first race in endurance racing went well. I drove a lot of laps and gained a lot of experience, especially with traffic management and pit stops. Before the start, it was all theoretical for me, but now I know exactly what it is. I believe I’ve made a lot of progress with tyre management. I saw how the degradation was changing in my first double stint and where I was making mistakes to try and improve when I got back behind the wheel. It is always difficult to compare yourself to the others, but the times looked good afterwards, and I had no physical issue despite the heat. I am already looking forward to Spa!”

We knew that this team would start their season at Sebring, one of the toughest tracks on the calendar, if not the toughest. We hadn’t had much track time and had to get to know this unusual track while also building up the chemistry between our three drivers and helping our two newcomers get to grips with a lot of new things, but they did a pretty good job. We were quite comfortable in the Prologue, but a little less so when the temperatures rose this week, which made it difficult to find the ideal compromises for the setup. Nevertheless, Charles made an excellent start by climbing up the order and being ready to do the business. Lilou did a great job with a solid opening stint and four stints without a single mistake to gain invaluable experience in just a few days. All of this suggests that things are going to be very good. Sébastien also learned a lot even though he wanted to do more laps. We noticed that he had a solid pace at the end of the race. This first race was crucial to lay the foundations of our season, which only starts in the evening of Sebring. I am convinced that an easier race meeting awaits them at Spa thanks to the information and data they have gathered this week.