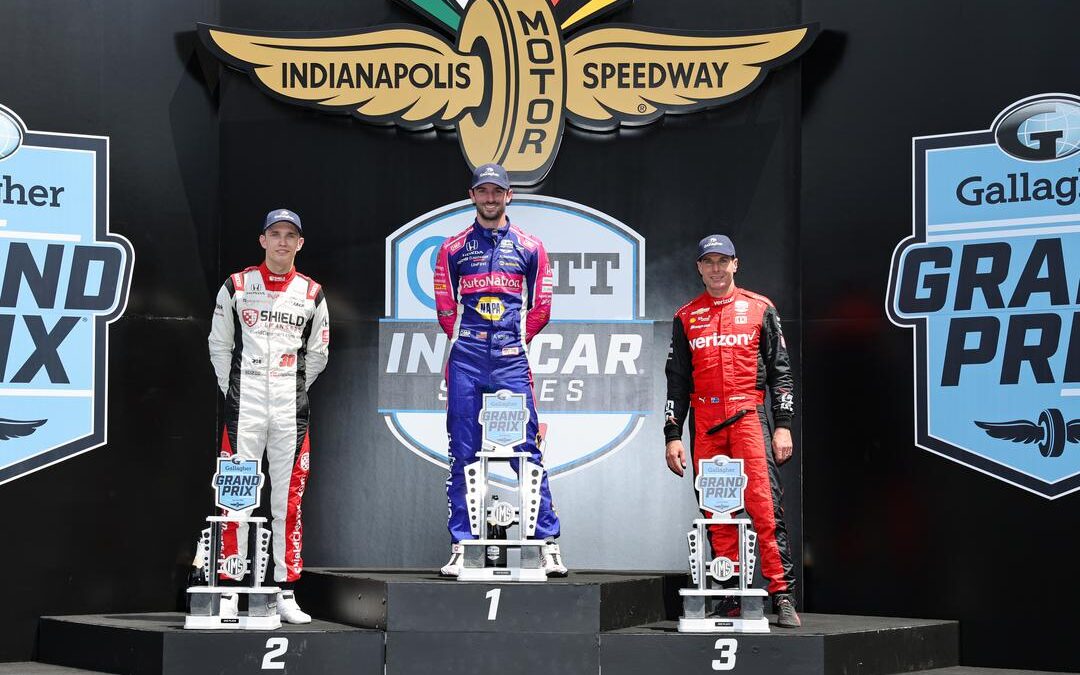 Gallagher Grand Prix of Indianaplis race winner Alexander Rossi and his Andretti Autosport have been penalised after IndyCar found them to be in breach of two sporting regulations.

In a statement on Wednesday evening, the NTT IndyCar Series said:

INDYCAR is announcing a post-event infraction from the conclusion of the Gallagher Grand Prix, which was completed Saturday, July 30 on the Indianapolis Motor Speedway road course.

INDYCAR has fined Andretti Autosport $25,000 and penalized the team 20 entrant/driver points after the No. 27 entry of Alexander Rossi was found in violation of the following in post-race inspection:

“From a sporting perspective, the car met minimum requirements,” said INDYCAR President Jay Frye. “From a technical perspective, the way they achieved the weight is not allowed. To meet minimum weight, the drink bottle and its contents were used as car ballast, which is not permitted and why the team is being fined and penalized.”

Members may contest the imposition of the penalties detailed in the review and appeal procedures of the NTT INDYCAR SERIES rulebook.