At A Narrow Track Like Nashville, Sometimes Being In The Back Can Work Out In Your Favor 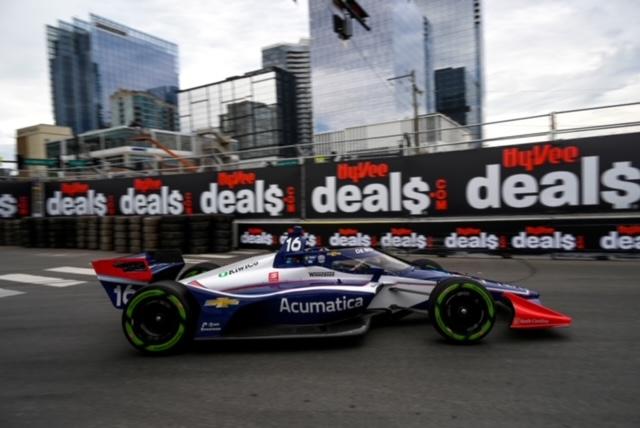 Paretta Autosport Team Principal Beth Paretta says that the team is disappointed after a tough qualifying for Simona De Silvestro in the No.16 Acumatica Chevrolet for today’s Big Machine Music City Grand Prix on the streets of Nashville as the Swiss driver starts the race in 21st place on the grid.

Qualifying for us today was unfortunate, but after the rain and the rain delay the track was slick. Simona slightly touched the wall. We had her come in for some repairs on the Acumatica Chevrolet and the clock just ran out. We weren’t able to get some clean qualifying laps and sometimes that happens. It’s okay though because we are prepared for the race. At a narrow track like Nashville, sometimes being in the back can work in your favor.

Today was a big improvement in practice from yesterday. I think we were quite close (in time) to our teammates, which was something really positive. Unfortunately, in qualifying I was pushing quite hard in our Acumatica Chevrolet and tapped the wall and bent the tow link. We didn’t have time to really repair it so was a bit frustrated from that point of view because I think we would have been faster than we’ve been in the last two races. But tomorrow is a long day and we’ll be moving forward.

Next up is a 30-minute warm-up where teams get to dial in their race setups.