Blaney On Pole At The Circuit Of The Americas 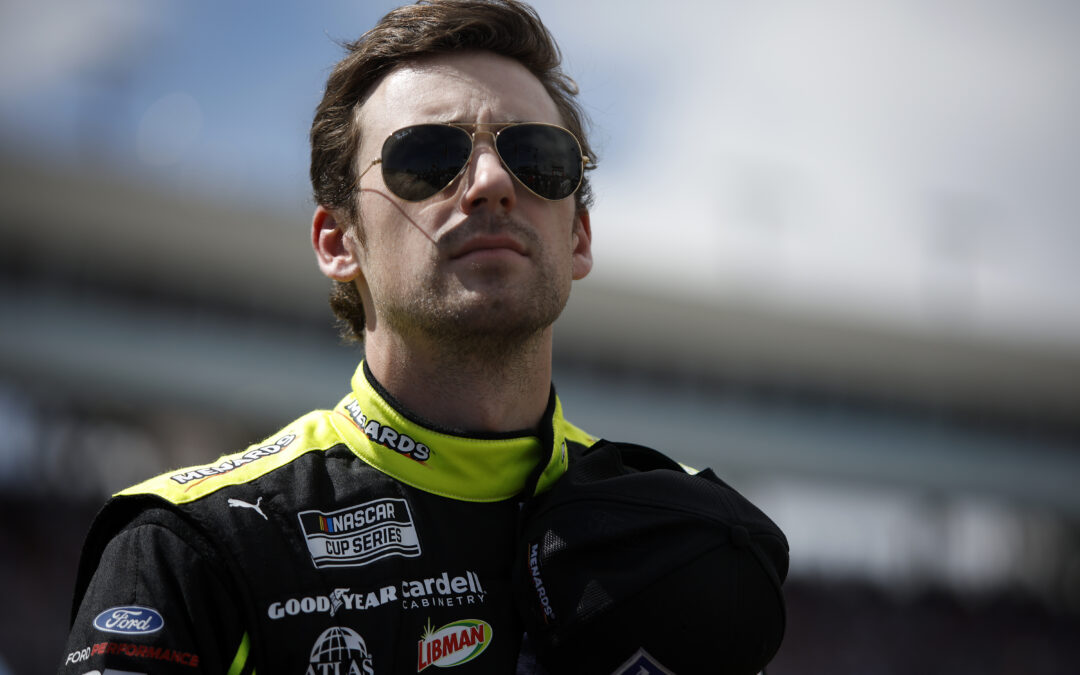 Team Penske’s Ryan Blaney in the No.12 Menards Ford Mustang will start the Echo Park Automotive Grand Prix from pole position at the Circuit Of The Americas in Austin Texas.

RYAN BLANEY, No. 12 Menards/Richmond Water Heaters Ford Mustang — YOU HAD A BUSY DAY, HOW PROUD ARE YOU OF THE QUALIFYING EFFORT TODAY? “Yeah, this is a nice media center. I have never been in here. Yeah, talk about an up and down day, for sure. From putting it in the barriers on my third lap of practice and not knowing if the car was killed or if we had to go to a backup or what it would take to fix it. It ripped my left side mirror off right when I hit the barriers so I couldn’t see the left side of the car when I was coming back to the pits and I didn’t know how bad the damage was. I knew my wheel was straight and I had flat spots but I got out of the car and looked at it and it scuffed it up but it was nothing too bad. They went through everything thoroughly and looked at stuff and nothing was bent. We got really lucky honestly, right there, from a mistake of mine. Really lucky I hit those plastic blocks or whatever they are. We should put those things everywhere. Then to go out and have speed to put it on the pole. I didn’t know if we were even going to be able to qualify when I wrecked and to be able to come back and have a fast enough car to make it to the second round and then get a good lap in during the final round and barely beat Daniel (Suarez) there, that was really fun. Yeah, an up and down day and it is nice to end it on a high note.”

WHAT IS IT LIKE TO RACE IN A NEW MARKET LIKE AUSTIN IN PRIME CONDITIONS LIKE TODAY AND TOMORROW? “Yeah, it was a lot of fun today, all things considered. Getting laps here, last year we didn’t really get many laps in the dry here. We qualified here and got two or three laps in the dry. This place is a lot of fun. It is a really fast road course with a lot of elevation changes and last year when we were racing in the rain you don’t notice the elevation changes or how unique the track is because you are worried about the rain and staying on the race track. It has been cool to digest everything here with it in prime conditions and getting to learn this current Gen car. We tested it at the Roval in the off-season but it was a different rules package, a higher downforce package. The Roval is kind of its own thing. I didn’t have a lot of time today to get up to speed but it was unique to feel these new cars. I feel like we can hustle them pretty good. The braking zones are big and you can abuse the curbs to an extent. It was good to get a good bit of practice today. I think these things will put on a good race tomorrow. I am looking forward to it.”

THE ACCIDENT IN PRACTICE ASIDE, HOW SURPRISED ARE YOU ABOUT GETTING A POLE ON A ROAD COURSE LIKE THIS AND HOW DO YOU FEEL ABOUT YOURSELF AS A ROAD COURSE DRIVER GIVEN YOUR ROVAL WIN IN THE PAST? “I wouldn’t really say I am a great road course racer by any means. I enjoy road courses a lot and if you take the Roval one away, which was its own deal, I have never been in great contention to win one. I have run top-10 a lot and top-5 a little bit but never the outright speed to go and lead laps and win. I would say I am an average road course racer. Honestly, what made me happy about the pole was that we were fifth in our group, barely made the round of 10, and then picked up half a second I think from my first round to the last round. I was proud that we picked up that speed but it was still a ways off from what those guys ran in their initial runs. So I didn’t know how it was going to stack up. I just enjoyed that we picked up speed and that was nice, but I didn’t think we were going to sit on the pole. I thought we lacked a little speed and I thought Daniel (Suarez) was going to get it from us. It was good to pick up speed. That is really the only thing I look at, just getting your car better every time you go out and we were able to do that. Today it was good enough for the pole. Hopefully, it hangs on for tomorrow.”

HOW DIFFERENT IS THE TRACK WITHOUT THE TURTLES AND CURBS YOU THOUGHT WOULD BE IN THE ESSES VERSUS THE WAY IT IS NOW? “It is completely different for sure. You are putting almost your whole car, as much as you are allowed, to the inside of the curbs because there is nothing there anymore. When we got told that was what it was, and when we saw the turtles weren’t there, we got clarification on the rules and how they will judge that as a judgment call, I guess. It was kind of self-policing before with that curb there. Now it is up to someone’s eyeballs if you are too far off the race track. It is way different. You can straighten the esses out a ton. It makes it easier for us, honestly, because you aren’t having to wrap around those big turtles. It is a good bit different and you are husting through there more than what you could last year even in the dry. Racing it, it is going to be tough honestly to race if you are right behind somebody because you can’t see. If you are tucked up behind someone’s bumper you can’t see very well. Hopefully, they don’t get anybody for barely going in there because they are tucked up behind a car and can’t see and then penalize you. That is just one of the things that I guess you just do your best to follow the rules like you were told and hopefully they don’t get you for something.”

WHAT IF SOMEONE FORCES YOU? “If someone forces you hopefully they understand that. If someone turns in on you there and you are like a foot — if you go into one of the esses side-by-side and you just say F it and bail and you are five car widths below there then they are going to probably get you. If you are a foot or so and someone forces you down there, I think they understand that is just racing.”

A HUGE PENALTY THIS WEEK FOR THE ROUSH CARS, I WAS WONDERING AS A DRIVER IT CAN AFFECT YOU AND YOUR WHOLE SEASON. DOES IT MAKE YOU ASK MORE QUESTIONS OF YOUR TEAM ABOUT THE CARS OR PUT YOU ON NOTICE? “Yeah, it was a big penalty. As far as my position goes, we talk about what we think they did and what we think they were doing. Me and Jonathan talked about it and we kind of understand that the penalties are pretty severe. NASCAR made that clear to us in the off-season. These penalties, if you are caught doing a certain thing, they are going to be pretty severe. Honestly, I think that is the way they need to be. If you are doing something funky and wrong, how is anyone going to learn if you don’t put the smackdown on them? It is nothing against those guys at all. I think that is the way you should do it. As for me, it is really none of my business as far as what the team does on that side of it. They know better than me what is fair and not fair. I hate it for Brad (Keselowski) and all of them. It is a pretty severe penalty. Hopefully, we stay clear of that.”