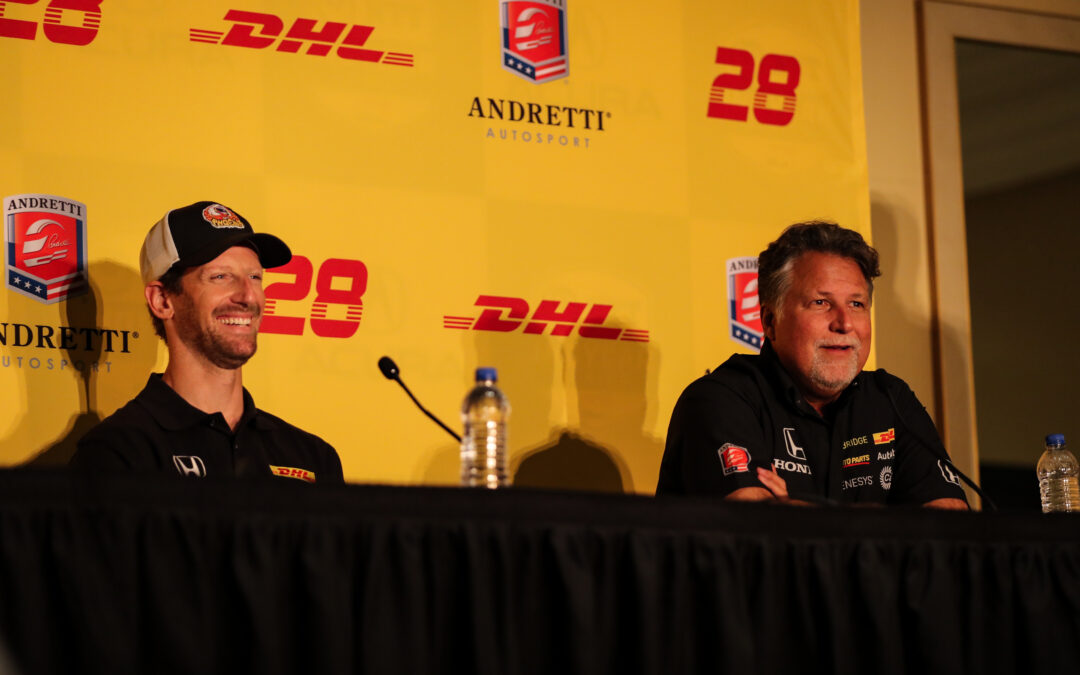 The worst kept secret of the 2021 NTT IndyCar Series season was finally confirmed on Friday with the news that Romain Grosjean who made his debit with Dale Coyne Racing with Rick Ware Racing this season will step up to a full-time programme in 2022.

Grosjean has joined Andretti Autosport to replace the departing Ryan Hunter-Reay in the No.28 DHL Honda and will have primary sponsorship from DHL for eleven races next season.

The announcement will also see Grosjean’s race engineer Olivier Boisson join his countryman at Andretti Autosport continuing their strong relationship which has proven so successful in 2021.

Grosjean has scored three podium finishes and an NTT P1 Award which caught the attention of Michael Andretti.

Grosjean has signed a two year contract with Andretti Autosport to drive alongside Alexander Rossi and Colton Herta while the fourth Andretti driver is yet to be announced.