Bottas Well-Placed For A Solid Result In Mexico 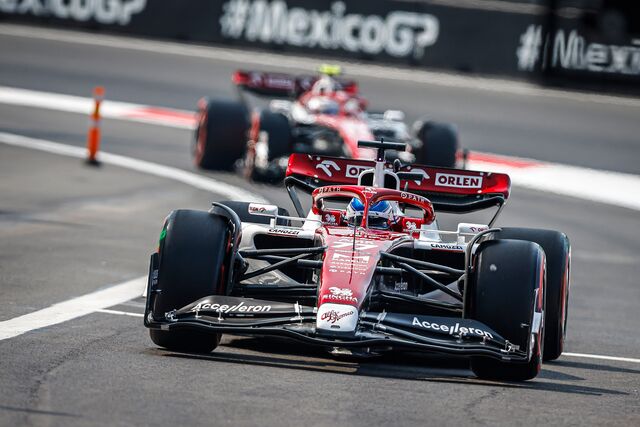 Alfa Romeo Racing ORLEN F1 Team’s Valtteri Bottas is well-placed for a solid result in today’s Mexican Grand Prix as the Finn starts the race from sixth place on the grid following an extremely strong qualifying on Saturday at the circuit Autódromo Hermanos Rodríguez.

“We had a really good qualifying, on top of a weekend in which we have consistently been in the top ten. It’s a good result ahead of tomorrow and I’m personally pleased with having delivered the best lap of the whole weekend when it mattered, at the end of Q3. The car was good from the get-go, all we needed was to refine the setup to extract even more performance; the track layout did help, with slow-speed corners that really work well for us. I’m optimistic for tomorrow: we need points for our battle in the championship and we’re in an excellent position to have a good fight. It’s F1, so everything can happen, but we’re up there and that’s what matters today.”

Zhou Guanyu had a solid qualifying as he will start today’s race from 12th with the fastest time of 1:19.476s and speaking following the action the Chinese driver commented saying:

“In terms of today’s qualifying, I feel I did the best I could: in the end, I was very close to getting into Q3 again, being just two tenths off. I struggled the whole weekend so far and it hasn’t been easy to have a smooth, trouble-free session, especially on a track that is not among the easiest ones to drive. Sector one has been the toughest one for me to face today, so to get this close to Q3 with my final lap was a positive: I tried and eventually I didn’t make it, but at least this time I feel there was nothing left out there. It’s great to see Valtteri being so fast today, and overall, the progress both cars have been making. The gap for the top ten is quite close, and I think we will be in a good position for fighting for points tomorrow, so let’s see how it goes.” 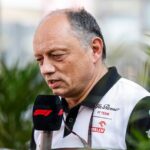 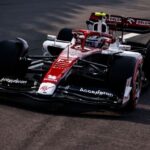 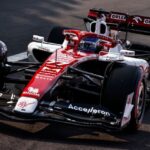 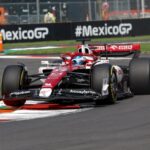 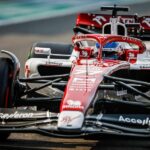 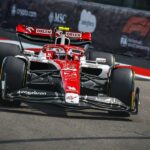 “Today was a very good day, we did our job really well – but the challenge is to finish the job tomorrow. It’s our best Saturday result since Miami, nearly six months ago, and it shows that everyone in the team is still pushing hard to finish the season on a high. We made the most of the upgrades we brought in the last couple of races and we gave ourselves a good chance for tomorrow. Zhou also had a good qualifying, missing out on Q3 by a small margin: still, this is his best qualifying since the summer break and he’ll have a good opportunity to add some points to his tally in the race. Now we have to focus on tomorrow: doing our best job, both on track, on the pitwall and in the garage, to bring home a good result.”