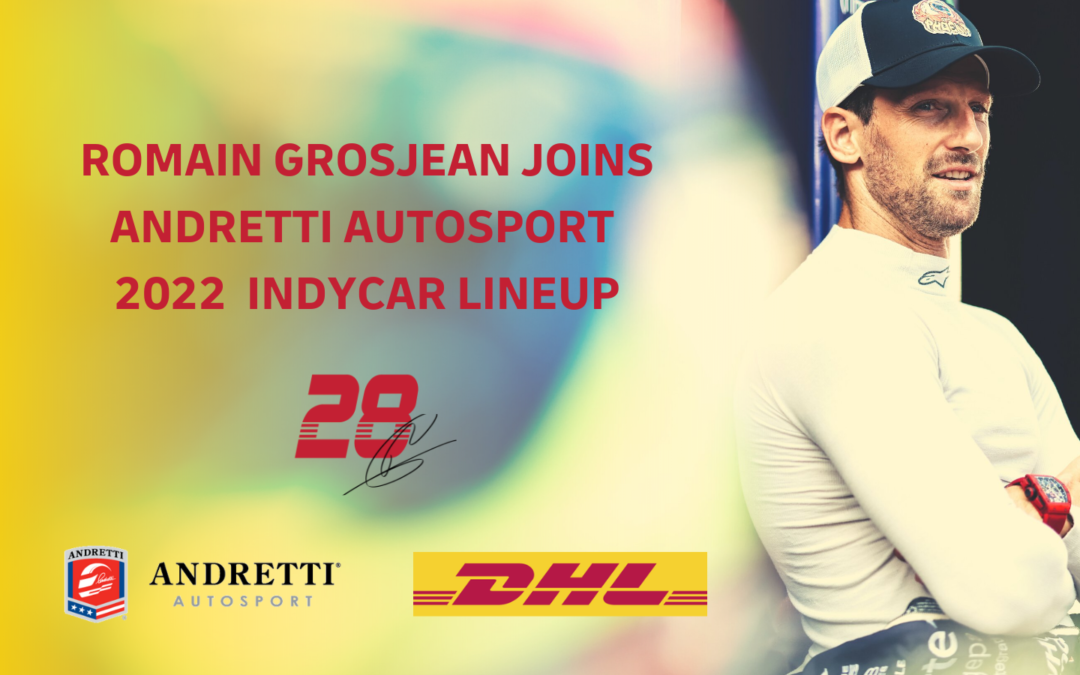 Andretti Autosport announced on Friday that Romain Grosjean will take over the No.28 DHL Honda full-time in the NTT IndyCar Series from Ryan Hunter-Reay from the 2022 season onwards. The Frenchman who made his NTT IndyCar Series debut with Dale Coyne Racing with Rick Ware Racing this season has been extremely impressive taking three podium finishes to date and speaking about the announcement, Andretti Autosport team owner, Chairman and CEO Michael Andretti said:

“We are thrilled to welcome Romain to the Andretti Autosport family. “He already had an impressive resume before coming to INDYCAR and watching what he’s been able to do in his rookie season here has been exciting to say the least. His vast motorsport experience will be beneficial to the team alongside our already strong 2022 driver lineup. We also couldn’t be more excited to continue our strong partnership with DHL. The DHL sponsorship is one of the longest and most successful in the paddock and we look forward to continued success on and off the track.”

We couldn’t be happier to continue our successful partnership with Andretti Autosport, which has provided us with one of our most powerful avenues for connecting people to our global brand. “The legendary Andretti organization is run by a winning team whose members we have long considered part of our DHL family, and now we are excited to also welcome their newest driver, Romain Grosjean, to our family. We are thrilled to have such a highly regarded international competitor taking the wheel to represent DHL, and we look forward to a fruitful partnership with Romain and the entire Andretti team, both on and off the track.

“I’m delighted to be joining Andretti Autosport and driving the No. 28 DHL Honda for next season. “It’s a big honor to be joining such a great team as Andretti, anyone in the motorsport world knows the name Andretti. I’m super happy and proud to be racing with the team. I’m also very proud to be representing with DHL. I’ve known the DHL color on racing cars for a very long time. I couldn’t be more proud to represent such a great company in INDYCAR. I’m hoping that we are going to be very successful together, which is our aim on every side. I would like also to thank Dale Coyne Racing for giving me the opportunity to join INDYCAR. I’ve enjoyed the racing so much and it’s given me the change today to be racing with one of the most competitive and best teams in the world.”